In the 23-24th episodes of Story of Yanxi Palace Chinese Drama 2018 Recap, Wei Yingluo knows the prince Hong Zhou hurt her sister with Fu Heng’s clothes. But he doesn’t regret for what he did at all, and wants her to be his concubine. She decides to give him a lesson. 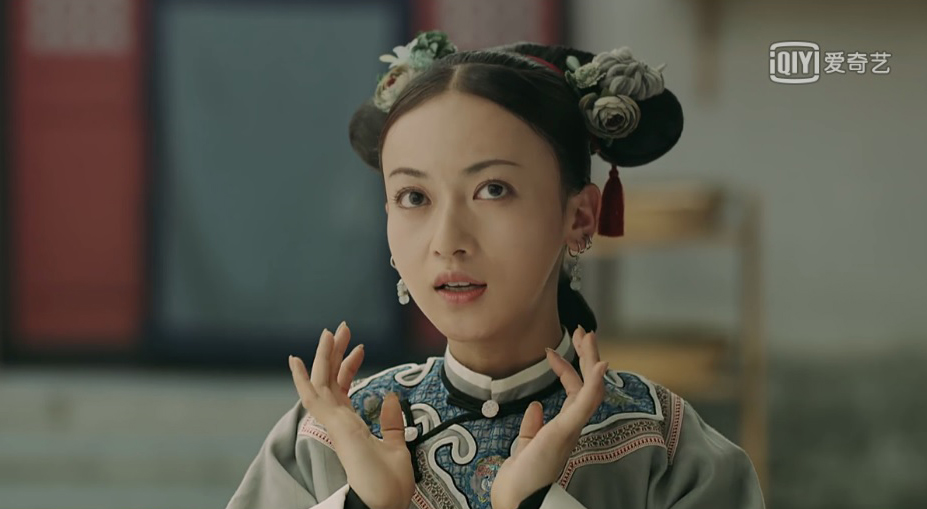 Note: From here on out there are specific plot spoilers for Story of Yanxi Palace Chinese Drama Episodes 23-24.

Wei Yingluo tests the poison with her body to prove her innocent, and reveals Imperial Concubine Gao told her that Fu Heng and empress murdered her sister. Empress denies, and thinks her brother wouldn’t do it. Wei Yingluo says that she trusts them, and keeps the poison to remember her revenge.

Imperial Concubine Chun persuades empress to fire Wei Yingluo since she knew her framing Imperial Concubine Gao. But empress has firm friendship with Wei Yingluo. Fu Heng apologizes to Wei Yingluo, and she returns the belt to him. She guesses someone else wore his clothes to rape her sister, so the servant recognized him. She asks him the murderer’s name, but he doesn’t want to tell her. She is furious.

Wei Yingluo acts ghost on the way Hong Zhou goes home, and he remembers he raped Ying Ning. Fu Heng sees Hong Zhou looks weird, and goes to blame her. But Wei Yingluo pretends she doesn’t know. He tells her that Hong Zhou is emperor’s brother, and she will be hurt by doing it. Hong Zhou realizes somebody is digging Ying Ning’s case, and swears he won’t forgive him if he catches him.

Fu Heng remembers Fu Heng wore his clothes that night, and knows he hurt Ying Ning. He decides to take Wei Yingluo to see him. Hong Zhou admits that he slept Ying Ning when he was drunk, but he denies he murdered her. He promises to accept Ying Ning as his wife, and Wei Yingluo’s father persuades her to give up for his future.

Hong Zhou is pleased after seeing Wei Yingluo is giving in, and thinks he can get her forgiving if he spends more. But it drives her mad. Empress thinks Fu Heng shoudn’t take Wei Yingluo to confront with Hong Zhou, but he thinks it’s the only way to protect her. Er Qing is jealous of Wei Yingluo when he worries about her.

Wei Yingluo goes to visit Ye Tianshi, but the servant persuades her to see other doctors. She tells Ye Tianshi to cries out in front of emperor to win his favor, he appreciates her. So she asks for the medicine Mandalas leaf which makes people fall asleep.

Imperial Concubine Dowager Yu worries about his son Hong Zhou, and asks Queen a favor. Emperor invites Hong Zhou to play chess, and wants to promote him. But he only wants to be lazy prince. He runs into Wei Yingluo at the palace, and calls her as sister-in-law. He is intention to sleep with her, and ignores it when Hai Lancha says Fu Heng loves her.

Fu Heng tells Wei Yingluo to be careful with Hong Zhou, and she comes up with an idea. Hong Zhou sees Wei Yingluo memorializing her sister, and threatens her to accompany him as it’s forbidden to memorialize at palace. But she lights the Mandalas leaf, and frames him to rape her.

Hong Zhou get sick after being wiped by his mother, and hates Wei Yingluo. Fu Heng visits him to warn him not to be closed to Wei Yingluo.