In the 47-48th episodes of Story of Yanxi Palace Chinese Drama 2018 Recap, Fu Heng tells emperor to cherish after knowing he is cold to Wei Yingluo. Emperor gives the title of Consort Lin to her after realizing that he misunderstood her. But Fu Heng finds out Wei Yingluo utilized him. 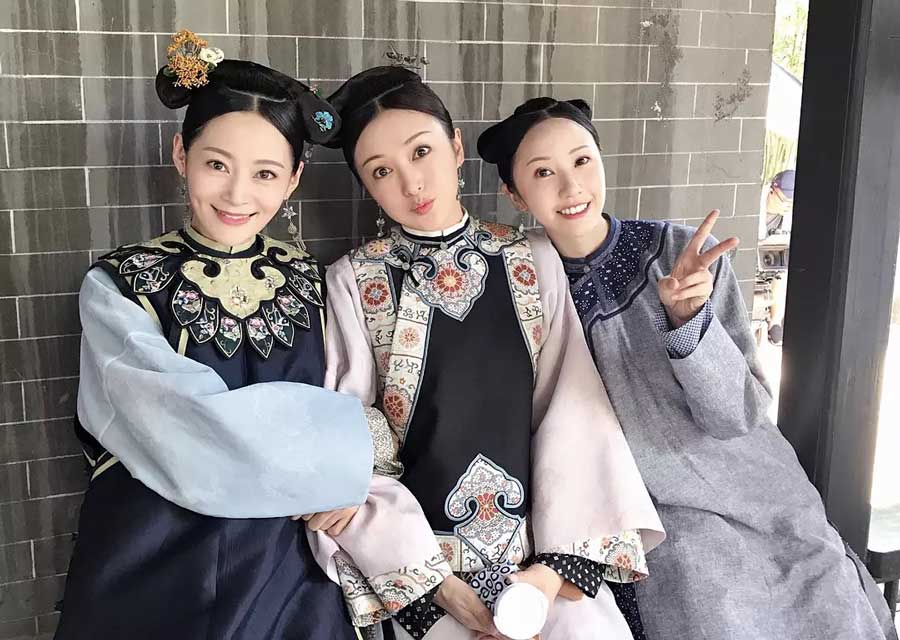 Note: From here on out there are specific plot spoilers for Story of Yanxi Palace Chinese Drama Episodes 47-48.

People in Yanxi Palace leaves to make a living after knowing Wei Yingluo lost emperor’s favor, and Xiao Quanzi has to stay as he exposed Imperial Concubine’s crime. He shows his loyalty to Wei Yingluo, but Ming Yu thinks he is a jerk. Wei Yingluo knows Xiao Quanzi’s feeling, and keeps him.

Ming Yu is unwilling to accept the failure since they didn’t take revenge, but Wei Yingluo thinks emperor wants to give her a lesson since she always opposes him. Consort Chun knows Wei Yingluo lost emperor’s favor, and pretends to concern her, and asks her to embroider the image of goddess. Ming Yu knows Consort Chun is intention to break Wei Yingluo’s hands through the embroidering. But Wei Yingluo says that she has to do it because the image is for queen.

Ming Yu finds out the coals and other goods aren’t given by Household Bureau, and forces Xiao Quanzi to confess. He tells her that the coals came from Hai Lancha, and she thanks Hai Lancha then. Hai Lancha sighs that Wei Yingluo won’t accept kindness, although the goods came from Fu Heng.

Emperor minds the past of Wei Yingluo and Fu Heng, and wants to challenge Fu Heng’s martial arts. But Fu Heng is intention to be failed, and emperor is curious why he did it. Fu Heng blames emperor that Wei Yingluo is his wife now if he didn’t split them up, and thinks he is selfish. Emperor is moved when remembering the previous empress’s words, but he doesn’t want to admit it. Fu Heng tells emperor to be nice to Wei Yingluo since he married her.

Hong Zhou goes to do disaster relief, and gets emperor’s appreciation. He visits empress, and reveals the maid Bai Ling told him that Wei Yingluo murdered his mother. He wants to take revenge for Wei Yingluo, but empress persuades him to be careful since he doesn’t have evidence. He runs into Wei Yingluo at the palace, and tramples Ming Yu’s palm. Wei Yingluo has to bear it since she doesn’t have any power. Just then Fu Heng shows up, and saves Ming Yu.

Fu Heng tells Wei Yingluo that he persuaded emperor, and wishes she will be happy. But she ignores him, and leaves. Fu Heng gives medicine to Ming Yu for her wound, and she knows he wants to help Wei Yingluo. She persuades Wei Yingluo to see who is the person who treats her well.

Emperor thinks of Fu Heng’s words, and realizes that he misunderstood Wei Yingluo. He goes to Yanxi Palace, and she is embroidering. He knows she was wronged, and asks his follower to give her rewards. But she ignores it. Mr. Wu knows emperor misses Wei Yingluo, and takes gift to flatter her. Ming Yu is cold to him because he is a jerk.

Imperial Concubine Yu sneers at Wei Yingluo that Consort Chun didn’t mention her any contribution to queen. Consort Chun is pleased, and wants to give more tasks to Wei Yingluo. Emperor is furious because Wei Yingluo didn’t give in, even if he sent her many rewards. Mr. Li has no way but to send his follower to visit Ming Yingluo, but Ming Yu drives him away. Emperor is furious because of the minister, and finds out the eunuch who serve him looks weird.

He takes off the eunuch’s hat, and finds out it’s Wei Yingluo. She pretends to be weak, and takes his hand to nestle him. Emperor has to give in.

Emperor admits his fault, and compensates her for gardenia. Wei Yingluo shows her hands to him, and grumbles. She asks him what he will do if someone frames her again. He falls her deeply, so he tells her that he will kill the person.

Fu Heng realizes Wei Yingluo utilized him after he returned palace, and tells Qin Lian that emperor minded their relationship, so emperor would realize the position of Wei Yingluo in his heart after she lost his favor.

Fu Qian takes Er Qin to see the scene of Fu Heng and Qin Lian, and tells her that Fu Heng falls for Qin Lian. Er Qing is furious, and claims that she won’t give up. Emperor teaches Wei Yingluo to draw, but she mocks at her by signing on the painting. He wants to punished her to copy poems, but she asks him for his inkstone to draw mantis. He has to agree it.

Consort Chun invites emperor to her palace, but he is hooked by Wei Yingluo’s kite. Consort Chun is furious, and invites him again. Emperor visits her, and she mentions the stolen goods in the market, and hints him that it was Wei Yingluo. But he goes out after hearing the voice, and finds out Wei Yingluo is launching the Kongming Lanterns.

Fu Heng runs into Consort Chun at the palace, and she asks him why he falls for Wei Yingluo so deeply since Wei Yingluo isn’t competent than her. He tells Consort Chun to be attention to her position.

Er Qing frames Qin Lian, and persuades Hu Heng’s mother to drive Qin Lian away. Fu Heng hears it, and Er Qing suggests him to get married with Qin Lian if he loves her. But he asks her to get a good fiance for Qin Lian instead. Fu Heng accepts Fu Kangan as his son since Fu Kangan always sticks him, Er Qing is pleased.