In the 49-50th episodes of Story of Yanxi Palace Chinese Drama 2018 Recap, Consort Chun asks Imperial Concubine Yu to murder Wei Yingluo after knowing emperor want to take her to ride horse. But emperor knows it was Consort Chun, and warns her not to be greedy. 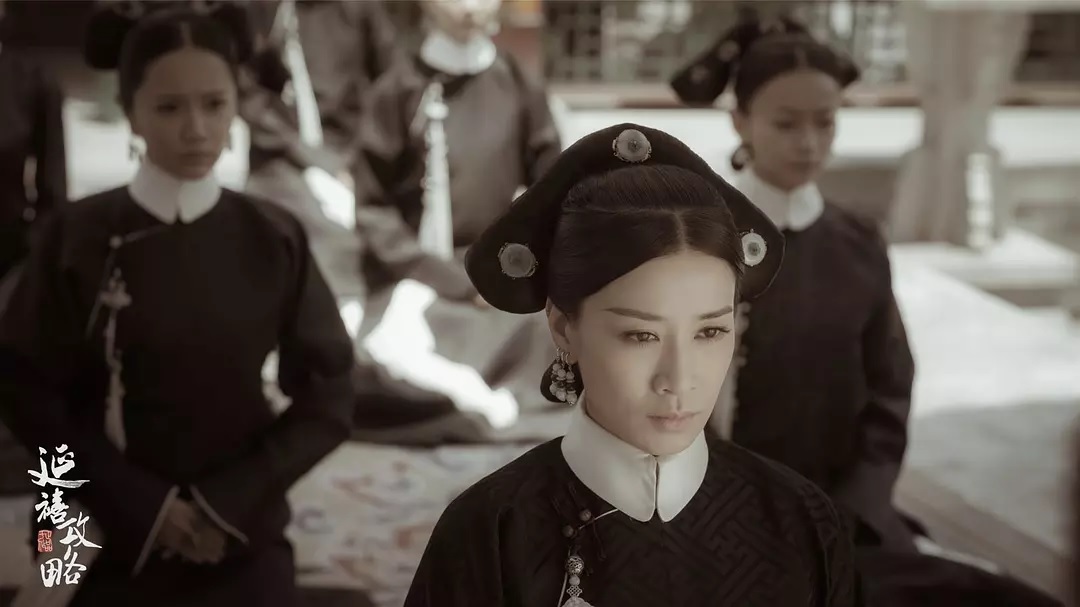 Note: From here on out there are specific plot spoilers for Story of Yanxi Palace Chinese Drama Episodes 49-50.

Qin Lian knows her status is too low, and cannot match Fu Heng. So she chooses to stay beside him. He knows what she did, but he has Wei Yingluo in his heart, and appreciates Qin Lian. He keeps saying sorry to her, and asks him, “Can you accept me if we have an afterlife?” He hesitates when she mentions afterlife. She knows the afterlife is just an extravagant hope, and persuades him to be obsessed with Wei Yingluo. She passes away with unlimited regret.

Fu Heng takes a certificate of divorce with temper, and throws it to Er Qin. He wants to end this ridiculous marriage, and takes revenge Qin Lian. Er Qin is unexpected that her husband wants to get divorced with her for a maid, and thinks Qin Lian’s punishment is too light. She claims that she won’t leave Fucha family until she dies. Fu Heng’s mother and Fu Qian persuade him to keep Er Qing, and Fu Heng is moved. Er Qing catches the chance to hit the pillar with her head. Fu Heng has to cancel the divorce, but he asks Qin Lian to live in the temple for her sins.

Wei Yingluo visits emperor, and sees him annoyance because of affairs, so she asks him for meal. She keeps talking during the meal, and he asks her to stop. She has to bear it, and he thinks it’s funny. She asks him what he bothers. He tells her that the general is going to rebel, and nobody wants to join the battle, except Fu Heng. She suggests him to choose Fu Heng, but emperor worries about Fu Heng’s safety. She tells him that the previous empress will understand his choice, and emperor agrees Fu Heng to join the battle.

Hai Lancha is curious why emperor agreed Fu Heng’s request since he kept rejecting. Just then Wei Yingluo runs into Fu Heng, and they smile each other. He knows she helped him, but Hai Lancha thinks Fu Heng isn’t worthwhile.

Wei Yingluo knows emperor wanted to teach her to ride, and leaks the message to Consort Chun. Wei Yingluo finds out the person who takes horse looks weird, but rides the horse. She falls from the horse, and emperor catches her in time. She passes out later.

Hai Lancha reports to emperor that someone changed the food of horse, and emperor knows who is the murderer. But he has to deal with his affairs, so he asks his followers to take care of Wei Yingluo. She wakes up after he returned, and cries out that someone was intention to murder her. He wraps up the wound after she fell asleep, and we know he was seriously injured when saving her.

Emperor visits Consort Chun, and sees she is happy. He knows he is happy because of Wei Yingluo, and thinks she was intention to murder her. But Consort Chun denies, and thinks Wei Yingluo is too arrogant. Emperor decides to forgive Consort Chun when seeing she is delicate and charming. But he warns her not to be greedy before leaving.

Empress’s father visits her, but she refuses to meet him because it’s dark. He is sad, and realizes he cannot have final meeting with his daughter. Empress begs emperor for forgiving after knowing her father is in jail, since she didn’t protect her mother and her brother. Emperor promises her to deal with it fairly.

But empress cannot bear to do it since empress kneels over night to keep her father. He asks Hai Lancha about it, but Hai Lancha agrees queen’s words.