In the 55-56th episodes of Story of Yanxi Palace Chinese Drama 2018 Recap, Consort Lin finds out Yuan Chunwang betrayed her after she killed Er Qing. She is sad, but doesn’t regret as she took the revenge. But Nanan Chunxue doesn’t want to forgive her, and hurts Ming Yu. Consort Lin has to fight it back for her best friend Ming Yu. 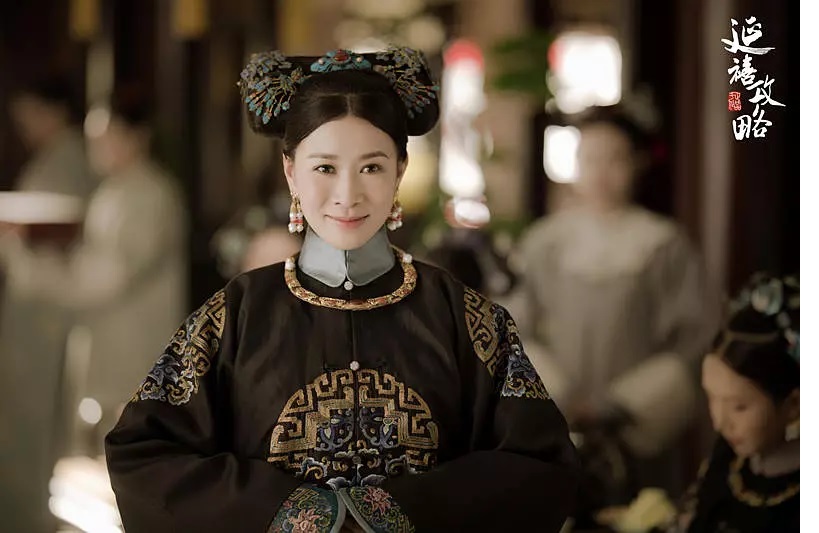 Note: From here on out there are specific plot spoilers for Story of Yanxi Palace Chinese Drama Episodes 55-56.

Empress tells her follower that Consort Lin just lost emperor’s favor temporarily, because he falls her deeply. Emperor doesn’t go to Yanxi Palace, and feels guilty for hurting Previous Empress. He tells Hai Lancha that he hurt someone.

Emperor finds out eunuchs are selling medicinal materials secretly, and Hai Lancha finds the intact Cordyceps sinensis in it. Emperor is furious, and interrogates the eunuch. The eunuch says that Ye Tianshi asked him to do it. Mr. Wu flatters Empress, and she mentions Ye Tianshi. Ye Tianshi is arrested, and he explains that he sold it because the medicinal materials are damaged by worms. Hai Lan thinks Ye Tianshi is framed, and wants to help him investigate it.

Emperor doesn’t visit Yanxi Palace. Consort Lin pretends to be ok, but draws emperor’s photo unconsciously. Mr. Li suggests Emperor to visit Consort Lin with the excuse of the chef who was given by Emperor, Emperor decides to do what Mr. Li said. Empress takes Mr. Wu to report about the medicinal material case, and Mr. Wu says that Consort Lin is taking birth control medicine. Emperor is shocked, and doesn’t expect Consort Lin doesn’t want to give birth for him. He is furious to visit her, and Empress is pleased.

Emperor is sad, and Consort Lin asks him if he feels guilty about the death of Previous Empress, if he didn’t sleep with Er Qing, Previous Empress wouldn’t commit suicide. He claims he doesn’t feel guilty. She thinks he still utilized Previous Empress after she died, and reveals he punished ministers because he thought they didn’t respect Previous Empress.

Emperor claims the ministers are too lazy, so he punished them with the name of Previous Empress. He says that Fucha Rongyin must take the value for him, even if she is dead. Emperor tells Consort Lin that she doesn’t need to take birth control medicine because he won’t sleep with her anymore.

Ming Mi doesn’t know what happened, and tells Consort Lin that Ye Tianshi is arrested. She thinks Emperor is nonsense. Consort Lin tells Ming Yu that she took birth control medicine, and told Emperor about her revenge plan. She thinks Yanxi Palace will be a cold palace from now on. Emperor is lost in the evening, and Empress drapes the coat on his shoulders. He asks her if she ever blamed him. She admits she blamed him, but didn’t hate him because they’re not ordinary wife and husband.

Emperor thinks Previous Empress will hate him if she lives. Empress tells Emperor that Previous Empress and Consort Lin hate him, but she cannot as she is different. He is moved by her, and sighs that nobody said such words to him, except Epress.

Consort Lin asks the servants and maids to leave, as Yanxi Palace is cold palace now. But Zhen Zhu and Xiao Quanzi stay. Yuan Chunwang worries Consort Lin, and she asks him to take her to see Empress. Empress is pleased, and claims she didn’t do anything. Consort Lin points to Yuan Chunwang, and says she knows their plan.

Consort Lin says the persons who know she took birth control medicine are Yuan Chunwang and Ye Tianshi. But Ye Tianshi won’t betray her. She doesn’t expect the one she trusted most betrayed her.

Empress tells Zhen Er that Emperor’s enthusiasm won’t be extinguished so easy, and thinks he will think of her after he calms down. Zhen Er is surprised and thinks they wasted time. Empress thinks Zhen Er is very silly. She adds that they cannot reach the goal with just one hit.

Hai Lancha asks the servant if Emperor hasn’t lived in Yangxin Palace. The servant admits it and reveals Emperor threw a fit after he got back from Changchun Palace. He adds that he hasn’t gone to Yanxi Palace since then, and thinks he’s still in anger.

Emperor rides the horse and remembers Consort Lin told him that Er Qing told Empress she slept with Emperor before she passed away. She said that Empress was sad and took her life. He drives to the river bank. Hai Lancha follows Emperor and tells him that he doesn’t know what he’s thinking about because he’s not smarter than Fu Heng.

Emperor tells Hai Lancha that he made a mistake and hurt someone. Hai Lancha comforts Emperor that each person makes mistake in the world, and tells him not to criticize himself. But Emperor points out that he cannot make up the mistake all his life. Hai Lancha tells Emperor to forget it if it cannot be made up.

Emperor thinks Hai Lancha doesn’t understand his feelings that he let Ring Yin withered in the palace since she had been his side concubine when she was 15 years old. Hai Lancha reminds Emperor that his shoulders undertook all of the wish of people in Qing Dynasty, and thinks he couldn’t accept the love of concubines.

Hai Lancha thinks the person should comfort herself once she becomes the concubine of emperor. He tells Emperor that it wasn’t his fault. Emperor points out that Rong Yin is his wife. He adds that the wife and husband should accompany each other all their lives. But Rong Yin broke her promise.

Emperor tells Hai Lancha that he had been disappointed with sentimentality of Rong Yin before Consort Lin questioned him. He adds that she was a perfect wife but she wasn’t a competent Empress because her shoulders are too delicate. The phoenix crown of empress made him not breathe, and her death was the best liberation to her. Emperor says that it’s the scandal he has to cover, and thinks he was too heartless.

Consort Lin admits she failed, and leaves with smiles. She doesn’t have any regret as she took the revenge. Yuan Chunwang looks at her back with sadness, but he decides to stay with Empress. Consort Lin lives tough after losing Emperor’s favor. Ming Yu runs into Nalan Chunxue at Household Bureau, and Nalan Chunxue hurts Ming Yu’s face. Hai Lancha shows up, and saves Ming Yu.

Mr. Wu is furious after Yuan Chunwang replaced him, and drinks wine. The follower suggests him to ask Queen a favor. Mr. Wu thinks it’s a good idea, and yells that he knows Queen’s sin. Yuan Chunwang ties up Mr. Wu, and forces him to hand over the testament of Emperor’s wet nurse.

Hong Zhou finds the testament in his mother’s palace, and knows why Queen disliked his mother. He hands it over Emperor, and Emperor knows his mother isn’t Queen, but a Han woman.

Emperor gives the testament to Queen, and asks her about it. Queen admits that his mother is a han woman, but she died after giving birth. Consort heard what they talked, and is shocked.