This is the Recap & Ending for Dear M K-Drama: Episode 1. Joo-A blames her mom for not waking her up. She packs her stuff and runs out of her house. She calls the bus when she runs. The bus stops. She gets on the bus. She has a seat and calls someone. They promise to have lunch together.

Does Joo-A Have Feelings for Moon Joon? 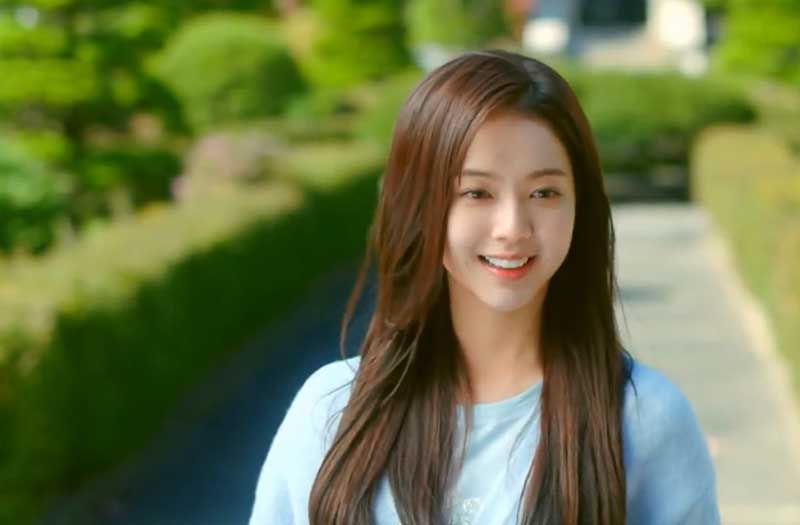 Note: From here on out there are specific plot spoilers for Dear M K-Drama: Episode 1.

The bus stops. Joo-A’s lipstick drops. The guy Moon Joon picks it up. He returns the lipstick to her. She gives her cake to him. He accepts her cake. She smiles. She gets off the bus. She tries to open the water bottle. But the water wets her clothes.

Moon Joon hands over his handkerchief to Joo-A. He tries to leave. She stops him and tells him that she wants to return the handkerchief to him. He rejects it and takes out of cake from his pocket. He walks away. She smiles when she sees him off.

Min-Ho calls Joo-A from her back. It startles her. She blames him for his late. She takes over the food from him. He notes that her clothes are wet. Ji-Min takes care of her hair when she stands in front of the mirror. She smiles after she got a message from her boyfriend.

Ha-Neul is waiting for the bus at the bus stop. He texts his girlfriend that he will pick her up. Ji-Min joins him. She offers to take a cab together. He agrees to it. The driver asks Ji-Min and Ha-Neul if they’re couple when he drives. Ji-Min admits it. She explains to Ha-Neul that the drivers don’t like carpooling.

Ha-Neul takes a look at his wallet. He finds out that there’s no cash inside. He gives the coupon to Ji-Min. He gets off the cab and walks away. She finds out that his boyfriend is waiting for her. She’s happy to run to him. He catches the chance to hug her. They hold hands and walk away.

Joo-A eats with Min-Ho. She leaks that Moon Joon handed over his handkerchief to her when her clothes are wet. But he believes Moon Joon intended to do that. She tells him that she has feelings for Moon Joon. She smells the clothes she wears that belongs to him. She likes the smell. She’s close to him. It startles him.

Ji-Min gets a call from someone when she walks Ha-Neul. She doesn’t pick up the phone. He tells her to pick it up when her father calls her again. He reveals he doesn’t feel sad for his father’s death anymore. She agrees to it. He takes a photo of her.

Joo-A is taking class. She sees Moon Joon who stays with a beautiful girl Yang-Hee. Moon Joon calls Min-Ho after the class. He introduces Yang-Hee to Min-Ho. Moon Joon takes a look at Joo-A. He recognizes her and thinks her name is beautiful. She’s shy.

Ha-Neul gets a call from someone. He leaves the restaurant. Ro-Sa follows him. Joo-A takes a look at Ha-Neul. She recognizes him. Ha-Neul drags Ro-Sa to him before the motorcycle hits her. Ji-Min sees it.