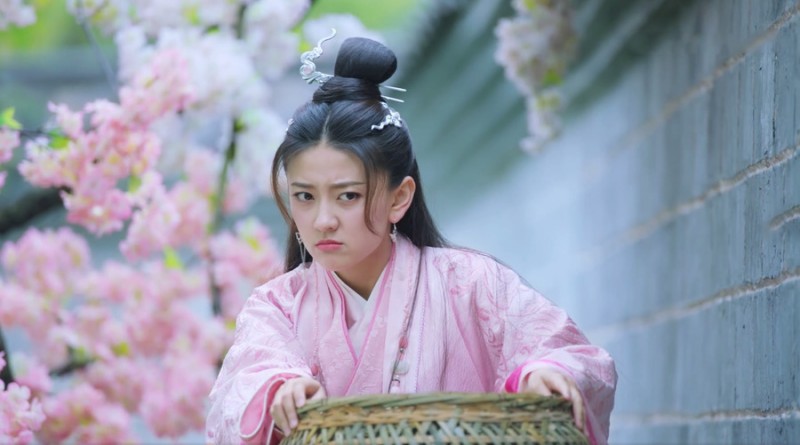 In the 5-6th episodes of The Eternal Love 2 Chinese Drama Recap, Mo Liancheng fears Qu Xiaotan falling for Eighth Prince, so he tells her not to approach her. She notices that he turns into devil king each time after he changed his clothes. Eighth Prince has some feelings to Qi Xiaotan after she keeps avoiding him. 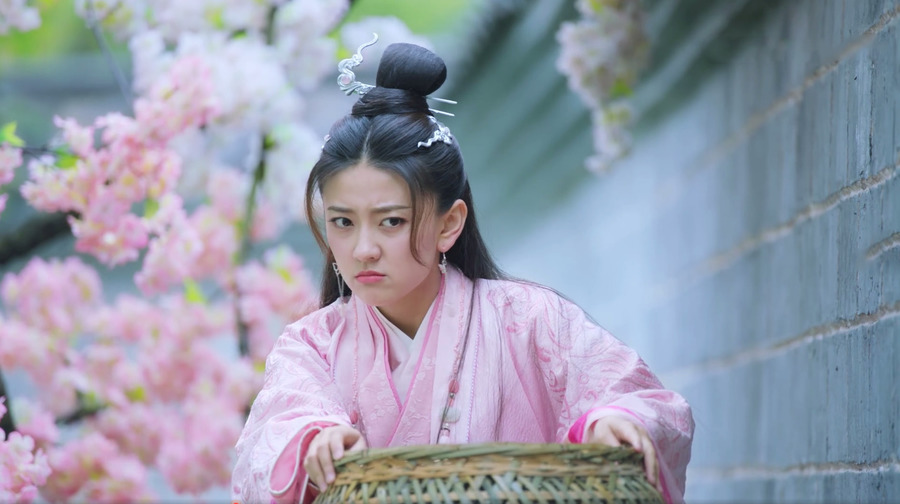 Note: From here on out there are specific plot spoilers for The Eternal Love 2 Chinese Drama Episodes 5-6.

Jing Xin is curious why Qu Xiaotan abused Eighth Prince yesterday, but cooked soup for him today. Qu Xiaotan sighs that she has to give in since he is her master, and reveals she wants to live well at the prince’s house.

Eighth Prince and Fourteenth Prince discuss something, Yu Hao takes Liu Shang to visit. Qu Xiaotan takes soup to step in, and has an eye contact with Liu Shang. Eighth Prince isn’t happy after seeing it, and Liu Shang tells him that he was person who saved him at the hunting ground.

Fourteenth Prince thinks he should catch the chance to get rid of General Wei and Consort Du Gu. But Eighth Prince says that he shouldn’t be rash as Emperor still suspects him. Liu Shang agrees it, and thinks they need to wait the chance.

Liu Shang meets up with Liu Qianshui, and we find out that Liu Shang is disguised Mo Liancheng. Liu Qianshui tells Mo Liancheng the human skin mask shouldn’t be stained with water, and asks him who is the master of soul pearl. Mo Liancheng tells him to watch the sky at night, and the master will show up when there is a star Yinhuo Shouxin in the sky.

Consort Du Gu is furious after knowing her failure, and General Wei thinks it was because of Liu Shang. He wants to utilize Elder Prince to get rid of Eighth Prince, and the key person is Qu Taner. Consort Du Gu instigates Qu Paner to visit Qu Taner, and wrongs her to break Consort Du Gu’s bracelet. Mo Liancheng takes Qu Paner’s hand, and pushes her over.

Qu Paner shows the broken bracelet to Mo Liancheng, and he finds out that it’s not broken by human. She kneels down, and claims that she was just kidding. Qu Taner is furious to tremble.

Mo Liancheng takes Qu Taner to his room, and asks her to change clothes for him. He kisses her when she wants to take off his belt, and tells her not to mention to him about what happened today, otherwise he will punish her.

Qu Xiaotan tells the maids their fortunes through her constellation knowledge, and Jing Xin mentions they played Steward Qu when they were kids. Qu Taner thinks Jing Xin talks nonsense, but she isn’t sure about it in her mind.

Eighth Prince suspects Liu Shang’s loyalty even if he shows his talent and unambitious. He asks Yu Hao to watch on Liu Shang, and Liu Shang gives a warm wine cup to Eighth Prince. Jing Xin is curious why Qu Xiaotan doesn’t remember former things, and finds out her handwriting is different than before.

Fourteenth Prince gives a gift to Jing Xin, but she is cold to him because their different of positions. Liu Shang asks Qu Xiaotan to play chess with him, and prepare a vase of roses for him. Qu Xiaotan and Jing Xin are confused. Mo Yihuai sneaks into prince’s house, and grasps Qu Xiaotan’s hand. She pushes him away, and tells him that she isn’t Qu Taner.

But Mo Yihuai drops the pocket watch, and Qu Xiaotan thinks he comes from her world as well, and test him. He thinks she is nonsense, and wants to take her away. Mo Liancheng robs Qu Xiaotan from Mo Liancheng, and warns him to stay away from her. Mo Yihuai has to leave. Mo Yihuai tells Qu Xiaotan not to see other males, and she promises it. But Qu Paner sees it.

Mo Liancheng wants to tell Qu Xiaotan the truth, but Eighth Prince returns. Yu Hao asks her why she goes out house without permission, and she claims she gets Eighth Prince’s order. Eighth Prince scolds her, and punishes her salary. She is furious.

Ninth Prince returns court, and he is a good friend of Mo Yihuai. He asks Emperor to cancel the restriction order of Mo Yihuai. Emperor agrees it. Eighth Prince writes a letter which can kill Mo Yihuai, and lets Qu Xiaotan see it. He wants to know if she is Mo Yihuai’s spy. He is intention to make Mo Yihuai fight with Consort Du Gu. But Liu Shang suggests Eighth Prince to cherish the love of brothers.

Qu Xiaotan gets steamed buns from the kitchen in the evening, Eighth Prince scolds her because of curfew. She complains that she hasn’t eaten all day, so he gives her the steamed buns.

The next day, Qu Xiaotan goes outside, and Mo Liancheng catches her. She lies to him that she wants to go shopping. He tells her not to approach him, and wants to stop her from falling for Eighth Prince.