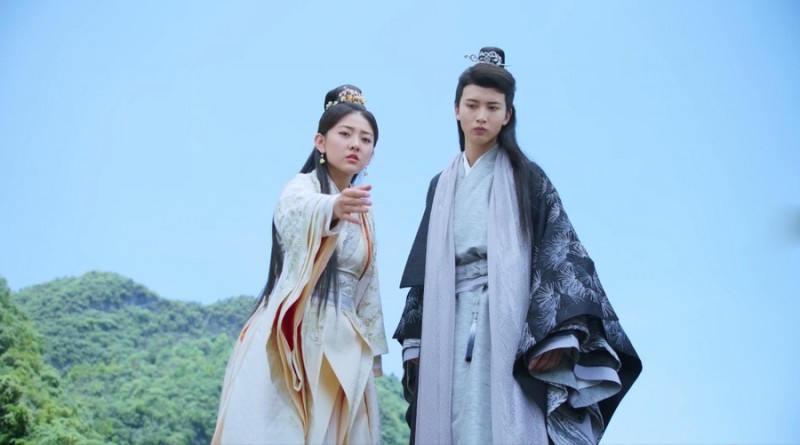 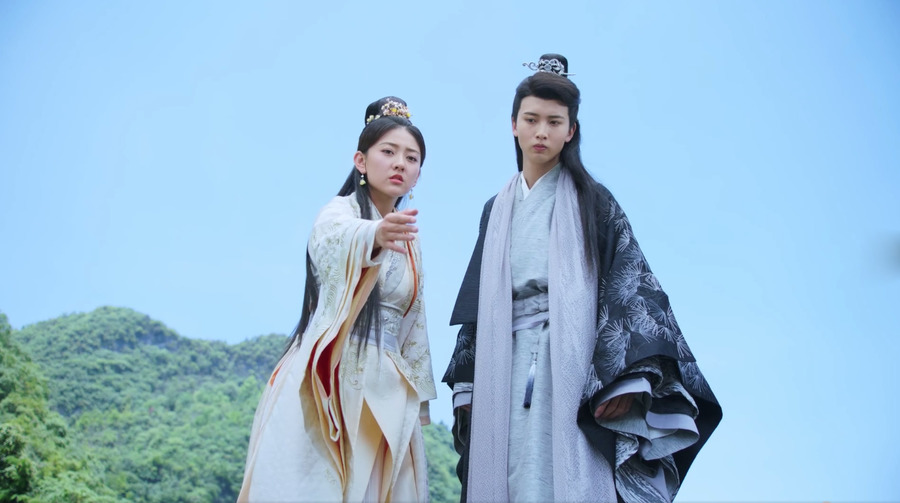 Note: From here on out there are specific plot spoilers for The Eternal Love 2 Chinese Drama Episodes 9-10.

Mr. Xue prepared the alkaline water according to the instructions of Liu Shang, and summoned all the people who had contacted the painting of kingdom. Receiving Liu Shang’s eye suggestion, Qu Xiaotan takes the lead and put her hand into the basin to soak. The rest of the people are doing the same. After everyone has soaked, Liu Shang let everyone put their hands out for inspection. Surprisingly, except Qu Paner’s hands, the rest of the hands were stained with black. It turns out that the water in the copper basin is not alkaline water, but walnut water. The palm of the person who is contaminated with walnut water will turn black. This shows that Qu Paner did not accept the examination.

When she heard Liu Shang’s words, Qu Paner was scared. She immediately kneels, and explains that she didn’t touch the painting, and absolutely has no idea of murdering the emperor. Liu Shang takes the poison Qu Paner took out, and find out that it’s indeed the ghost egg. The poison is very rare, and Qu Paner may not know it. But the source of this poison is very weird.

Just as Liu Shang asks the source of the poison, the soldier on the side suddenly pulled out his sword, and quickly rushes to Qu Paner. Fortunately, Liu Shang has subdued him in time. The Eighth prince recognizes that the soldier is the follower of General Wei, and sneers that he dared to kill people in public. The soldier is also loyal, and the denies that he is instigated by General Wei. He explains that Eighth Prince kills his brother, and commits suicide because he doesn’t want to involve his boss.

Wei Zongheng kneels down, and admits his dereliction of duty, and wants to commit suicide to clean his sins. Consort Du Gu stops him with the reason of emperor’s birthday. Emperor forgives him after dismissing Wei Zongheng, and rewards Eighth Prince and Mo Yihuai.

Eighth Prince praises Liu Shang’s talent, but suspects his origin. He asks him what award he wants since he gained merit. Liu Shang says Qu Xiaotan, and explains that he wants her to serve him for live at snow house. Eighth Prince isn’t pleased, and falls his face to promise it.

The next day, Qu Xiaotan talks to the maids about how Liu Shang saved emperor in the party, Eighth Prince is jealous to ask her if she thinks Liu Shang is better than him. She flatters him that he is the best. He is pleased, and asks her to choose between Liu Shang and gold. She chooses gold.

Emperor returns the snacks given by Consort Du Gu, and tells her that his meal is responsible by imperial kitchen. She knows that Emperor suspects her, and grumbles that her plan will be failed. The maid tells Consort Du Gu that she can utilize Doctor Gao.

Eighth Prince gives a diamond to Qu Xiaotan, and she wants to buy a house in the capital. He asks her if she has boyfriend, but she claims she buys the house for herself.

He asks her to watch Liu Shang with double salaries. But she needs time to contact Mo Yihuai, and returns her hometown. So she refuses it with excuse that man and woman must not touch. But he takes out the paper “San Ling San Zhi”, and asks her to watch Liu Shang but keeps distance. He tells her that he will promote her to be Zhang Shi, if she can finds Liu Shang’s doubts. She is moved because of the reward, but she asks him to sign the contract. He isn’t pleased but agrees it.

Doctor Gao sees Consort Du Gu in the palace, and she asks him to lie that she is pregnant. He has to agree after she threatened him.

Eighth Prince dislikes Qu Xiaotan plays him, but he is pleased since most her words praised him. Just then Liu Shang invites Qu Xiaotan to visit snow house, Eighth Prince grasps the tea cup tightly while looking at their backs.

Jing Xin reminds Qu Xiaotan that tomorrow is the appointment day with Mo Yihuai, but Qu Xiaotan already accepted the reward from Eighth Prince. So she asks Jing Xin to hand over her letter to Mo Yihuai, and write it in English. He doesn’t understand the meaning of the letter, Jing Xin guesses that Qu Xiaotan falls in Mo Yihuai, and she lives tough in the prince’s house. Mo Yihuai worries about Qu Xiaotan, and swears to seize her.

The next day, Qu Xiaotan serves Liu Shang, and obeys Eighth Prince instructions. But Liu Shang lets her sit beside when playing zither with her. He asks her to get tea for him, and goes to change clothes himself. She remembers Eighth Prince instructions, and offers to get tea for him in the teahouse. But he refuses, and asks her to take clothes for him. She forgets the appointment, and steps into inner house. But Liu Shang blinds her eyes with silk ribbon, and takes off his mask.

Qu Xiaotan senses that Liu Shang’s smell is similar to the guy who asked her to pick house for him. Liu Shang asks her if the guy is her lover, Qu Xiaotan is sad that she cannot return even if he is her lover.

Jing Xin hands over Mo Yihuai’s letter to Qu Xiaotan, and the letter is similar to Qu Xiaotan’s letter. She confirms that Mo Yihuai is her countryman, and he asks her to meet up nearby river. She thrills that she can return to her hometown, but Liu Shang visits her.

Liu Shang asks Qu Xiaotan to serve him to take bath, and wants to stop her from seeing Mo Yihuai. She peeps him when he changes clothes. He takes off his mask, and leans her head in his arms. So she doesn’t see his real face. Just then Eighth Prince arrives.