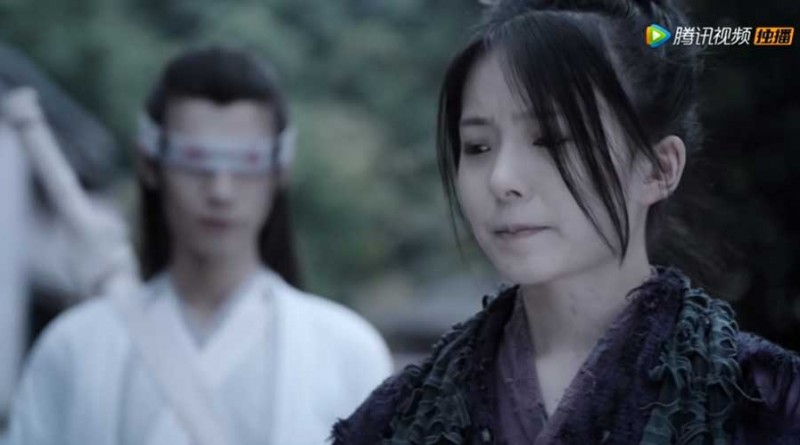 This is the recap for The Untamed Chinese Drama: Episode 38. Wei Wuxian tells the students that he wants to use sharing feelings. Jin Ling is against it and thinks evil method will hurt Wei Wuxian. But Wei Wuxian points out that they don’t have too much time. He adds that he will go to see Hanguang Jun after he completed it. 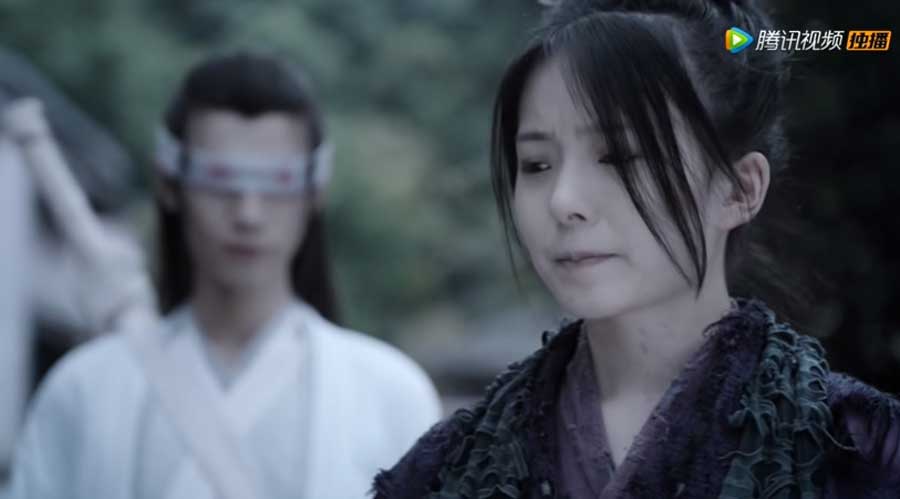 Note: From here on out there are specific plot spoilers for The Untamed Chinese Drama: Episode 38.

A Jing takes bamboo pole and casts a big stone to the water. She plays water and feels joyful. She sees two ladies and pretends to be a blind girl. The lady reminds A Jing there is a tree in front of her, and gives her a stuffed bun. A Jing thanks the two and takes the stuffed bun to walk away.

A Jing sees the guy paying with his money bag, and walks to bump him. He scolds her for not seeing him. She says that she cannot see anything. He smiles and catches the chance to touch her. She takes a look at his money bag, and thinks he is a jerk. Because he’s broke even if he dresses well.

Xiao Xingchen tells A Jing to return her older brother’s money bag since she called him older brother. She runs away but sees the guy. He asks her to return the money to him, and tries to beat her. But Xiao Xingchen stops the guy and thinks it’s not good to bully a little girl.

The guy tells Xiao Xingchen not to pretend to be a hero. He says that A Jing is a thief who stole his money. He thinks he is her friend since he protected the girl. Xiao Xingchen tells A Jing to return the money to the guy. She does it. The guy leaves.

A Jing follows Xiao Xingchen and reminds him that she’s taking his money bag. He intends to give the money to her as it’s a little thing to him. He tells her not to steal after she spends it. She learns that he couldn’t see the jerk abusing. She laughs and wants to follow him. He asks her why she wants to do that, and thinks she wants to be a spirit person.

A Jing thinks she can take care of Xiao Xingchen since they’re blind people. She adds that her parents passed away, and wants to follow him. She reminds him that the money he gave her will be spent very fast if he doesn’t promise her. She says that she has to steal at that time. She thinks she will be beaten by someone. Xiao Xingchen smiles and thinks A Jing won’t be beaten by people. She learns that he promised her, and walks him.

A Jing goes to pick up the flower, but she is startled after seeing someone’s hand. She tells Xiao Xingchen that she hurt her leg, and wants to leave. He wants to carry her since her leg was hurt. She agrees to it and jumps on his back. But he smells the blood flavor, and finds out there is a person lying there.

A Jing thinks the person is dead and wants to dig a pit to bury him. But Xiao Xingchen says that the person is just injured, and carries him to Death City. Xiao Xingchen tells A Jing to look for something useful. She finds a basin. He tells her to heat up water with the basin.

Xue Yang asks Xiao Xingchen why he didn’t ask him who he is. Xiao Xingchen says that he doesn’t have to ask about it since he didn’t say it. He tells him that he can leave once his wound is cured. He thinks he shouldn’t move because the bone will be hurt. Xue Yang smiles and thanks Xiao Xingchen.

A Jing jumps out of the coffin. Xue Yang intends to give the sugar to her. But she refuses to come to him, and tells him that she doesn’t want to eat it.