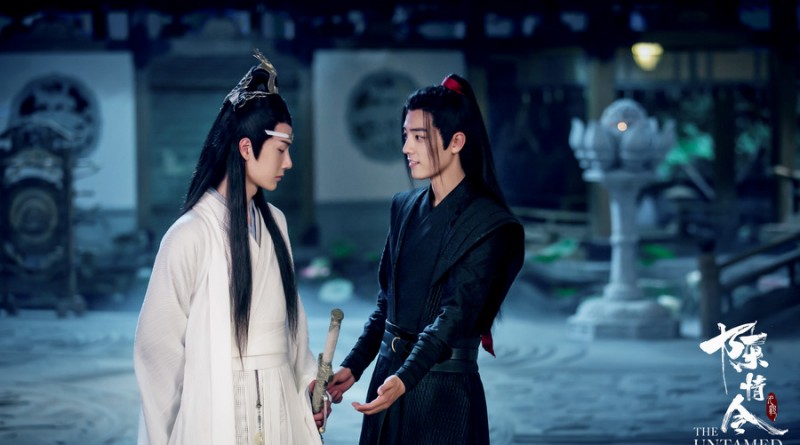 The Untamed is a 2019 Chinese drama tells a story about demon chief Wei Wuxian returns from hell in someone’s help and takes revenge for Jin Guangyao.

The Untamed is starred by Sean Xiao and Wang Yibo. 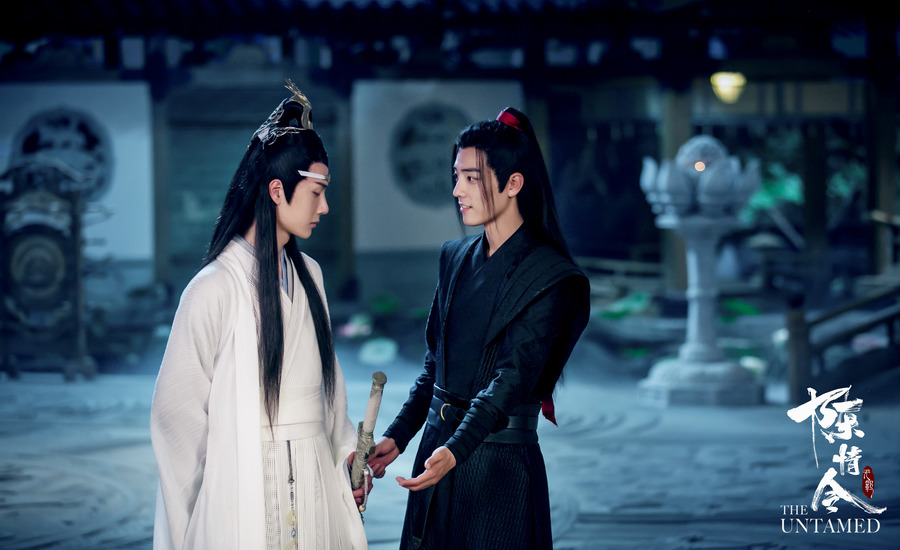 Wei Wuxian is summoned because he is the most scary demon chief, and there are evil spirits in the village he stays. He has to fight with those spirits. Lan Wangji (Wang Yibo) comes for the monsters and he is shocked after seeing Wei Wuxian.

The storyteller tells Jing Yi and Si Zhui the story of demon chief Wei Wuxian, and he thinks Wu Xian will come back. The dark surrounds the house, and the two take his swords to go out.

In Mo family, Mo Xuanyu summons Wu Xian by killing himself. Wu Xian wakes up, and he is beaten by the younger master of Mo family Mo Ziyuan. Zi Yuan blames Wu Xian for reporting him, and he leaves. Wu Xian goes up and runs into a guy who tells him that Xuan Yu went to Jin family and became insane. Wu Xian wants to leave. But the guy takes the stick to beat him as he isn’t allowed to leave the yard. Wu Xian fixed him with his spell, and takes away his peanut.

Wu Xian runs into Si Zhui and Jing Yi, and he worries that Lan Zhan will come. Madam Mo meets with Si Zhui and intends to ask him to teach some spells to her son. Wu Xian shows up and claims that he is the son of Mo family. Madam Mo tells Si Zhui that Wu Xian is insane, and tries to drive him out. But she fails. Zi Yuan is furious and takes the wine pot to beat Wu Xian. Wu Xian tells people that Zi Yuan keeps bullying him and he stole his stuff.

Wu Xian sees Si Zhui setting up the drawing evil flag. He takes off the flag and finds out their setting way isn’t bad. Zi Yuan leaves his room and intends to take revenge for Wu Xian. The follower reminds Zi Yuan that there is evil spirit outside. So Zi Yuan gets the follower to take off the drawing evil flag, and he puts it into his clothes.

Master Mo takes the servants to catch Wu Xian as he thinks he made Zi Yuan into evil spirit. Madam Mo blames Wu Xian for killing her son, but he talks back that Zi Yuan put the drawing evil flag into his clothes so that the evil spirit killed him.

Master Mo is killed. Wu Xian hints Si Zhui that the murderer is the ghost hand, and he gets them to check their left hands. Madam Mo wakes up and her left hand turns big. Si Zhui finds out that the spirit fears their clothes, so he tells people to take off their clothes to cast to Madam Mo.

Wu Xian drives Master Mo and Zi Yuan to fight with Madam Mo. But they’re not her rival. Lan Zhan shows up and cleans up the evil spirit. Wu Xian hides himself. Lan Zhan tells Si Zhui that the spirit is the sword spirit and he comes from evil tiger symbol. He wonders if Wu Xian comes back. Si Zhui notes that Wu Xian disappears.