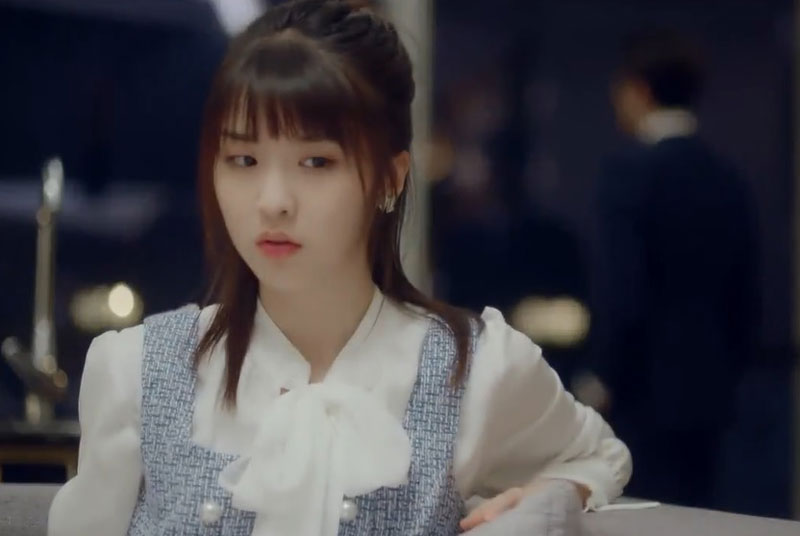 Note: From here on out there are specific plot spoilers for Time To Fall In Love Chinese Drama: Episode 8.

Gu Xicheng explains that he dislikes someone who moves herself in front of him. He tells Nangong Liuli that he doesn’t want to see her. He walks away. It flashes back. Nangong Liuli packs her stuff. She swears to come back when she’s outstanding.

Nangong Liuli mistakes that Gu Xicheng came back. She turns around but she sees Fu Boya. He welcomes her and shakes hands with her. Su Yanxi remembers Gu Xicheng told her to just look at his eyes after he wore the necklace for her. She smiles.

Lu Anan calls Su Yanxi. She asks her what happened in the party. Su Yanxi leaks that Gu Xicheng spent a huge money to buy her mother’s necklace back. Lu Anan learns that everything Su Yanxi wears was bought by Gu Xicheng. She tells Su Yanxi that Gu Xicheng likes her. She thinks she’s very silly.

Su Yanxi asks Gu Xicheng to let her sleep in the bed. He agrees to it after she defeated him. He complains that he cannot get what he wants. She thinks it’s related to his even habit. He promises to tell his secret to her. She tells him that she will accompany him. She falls asleep.

The woman shows up. She confesses that it was done by her. Su Yanxi breaks the glass by mistake. She has a bad feeling. Gu Xicheng is surprised to see Nangong Liuli. He asks her why she’s there. She leaks that she’s the new director. She asks Gu Xicheng if he doesn’t want to see her.