This is the Recap & Ending for Big Mouth K-Drama: Episode 2. Chang-Ho is sent to the emergency room. He has a dream that Mi-Ho asks for a divorce after he failed in high jump. He wakes up seeing Mi-Ho and Gi-Gwang. He asks Mi-Ho about his phone.

Why Chang Ho Gets Arrested? 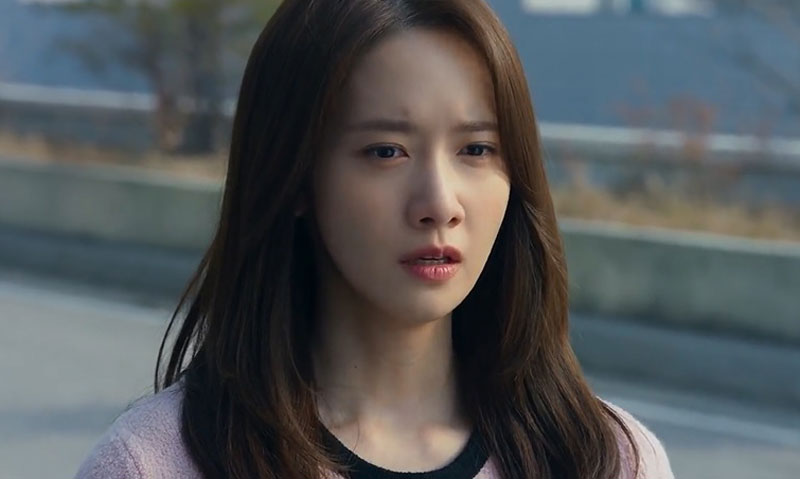 Note: From here on out there are specific plot spoilers for Big Mouth K-Drama: Episode 2.

Mi-Ho cries to tell Chang-Ho that his car was ruined. Gi-Gwang mentions what the doctor said that Chang-Ho was very lucky. But Chang-Ho still asks for his phone. The guy finds Chang-Ho’s car. He throws his phone aside. He finds the footage.

The cop walks into the ward. He arrests Chang-Ho because he thinks he used drugs. Mi-Ho and Gi-Gwang don’t believe that Chang-Ho would do that. The cop takes Chang-Ho to get in the police van. Mi-Ho runs to the van. She asks the cop to open the window.

Mi-Ho tells Chang-Ho to trust her. He agrees to it. He stays in the cell. He remembers what Ji-Hoon said to him. He believes that he was the one who made him use drugs. He asks for seeing Do-Ha. Chang-Ho meets with Do-Ha. Do-Ha asks Chang-Ho about the footage.

Chang-Ho leaks that the evidence was ruined by Ji-Hoon. Do-Ha thinks Chang-Ho went to see Ji-Hoon. He asks him if Ji-Hoon was mentioned in the footage. Chang-Ho denies it. He asks Do-Ha to help him. But Do-Ha rejects it. Gi-Gwang tries to leave his office. The cops break into his office. They find the cash and the gold bars.

Chang-Ho is sent to the prison. The prison guard takes Chang-Ho to see his clients. Chang-Ho thinks they can do nothing to him because he’s a lawyer. But he gets beaten. Ji-Hoon tells people that even a dog can be a mayor if he helps him.

Joo-Hee mentions her husband helped Ji-Hoon after he did hit-and-run. Ashley Kim claims that she could help Ji-Hoon as well. But Joo-Hee tells Ashley Kim that Ji-Hoon not just drank. She mentions Ji-Hoon’s money was taken by big mouse.

The follower reports something to Do-Ha. Do-Ha turns on the TV. The anchor tells the people that Chang-Ho is big mouse. Chang-Ho’s neck is hung by the rope. He tries to step on the chair to save himself. He cries to ask Chae-Bong to forgive him. But Chae-Bong lets his follower kick away the chair. Chang-Ho passes out.

Yoon-Gab gets a call from Ji-Hoon who asks him to save Chang-Ho. Because Ji-Hoon wants to take back his money. Yoon-Gab takes the doctors to show up after Chae-Bong walked out of the room with his friends. He tells them that Chang-Ho is big mouse. The doctors save Chang-Ho.

Mi-Ho goes to the prison to see Chang-Ho. But the cop tells her that Chang-Ho doesn’t want to see her. Mi-Ho gets in the car with Soon-Tae. She worries that something happened to her husband. Soon-Tae gets a call from Gi-Gwang who asks him to stay away from Mi-Ho to have a talk with him.

Is Chang-Ho the Big Mouse?

Soon-Tae mentions what Gi-Gwang told him not to let Mi-Ho return home. Because there’re many reporters. But she wants to return home. Chang-Ho is thrown into the cell. He watches the news that Mi-Ho tells the reporters that her husband isn’t the big mouse.

Mi-Ho cries to tell Chang-Ho that she will support him no matter what happened. She tells him not to refuse to see her. He tears up. Chang-Ho is taken to the police station. Prosecutor shows the evidence to Chang-Ho. He asks him to admit that he’s the big mouse. Chang-Ho denies it.

Chang-Ho returns to the cell. Jerry feels happy to see Chang-Ho after knowing he’s big mouse. He tells him that he’s his fan. Room Leader asks Chang-Ho to tell him about his birth date. Because he wants to know his future. Chang-Ho refuses to leak it. Because he thinks he’s a bad luck guy.

Du-Geun asks Ji-Hoon to let them kill Chang-Ho. Ji-Hoon rejects it for the money. Du-Geun tells Ji-Hoon that he believes that Chang-Ho isn’t big mouse. Ji-Hoon tells Du-Geun that he will look into it. He asks him and his friends not to touch Chang-Ho before he finds the truth.

Ji-Hoon walks Joong-Lak out of the restaurant. He wants to give him a ride. But Joong-Lak rejects it. He gets in Do-Ha’s car after Ji-Hoon left. Joong-Lak hands over that list of the drug dealers to Do-Ha. He wonders why he wants to do it.

Do-Ha tells Joong-Lak that he wants to use the list to make Ji-Hoon get on knees to him. He doesn’t believe that Chang-Ho is big mouse. He tells Joong-Lak not to betray him. Mi-Ho decides to deal with Chae-Bong and his friends. Gi-Gwang worries that his daughter will be hurt. Mi-Ho tells Gi-Gwang to quit if he fears it.

Chang-Ho is taken to the cell. The guard closes the door. Chang-Ho lies on the floor. The water drips onto his face. He misses Mi-Ho. Someone blocks the water dripping with her hand.

It flashes back. Mi-Ho catches the water dripping when the ceiling leaks. She’s furious to go upstairs. He tells that guy that she won’t leave if he doesn’t compensate her. The guy’s friend recognizes her. He reminds her that he ran into her on the rooftop.

Mi-Ho realizes that the guy’s friend wants to hit on her. She tells him that her boyfriend is a lawyer. He points out that Chang-Ho isn’t outstanding if they live there. It makes his friends mock Chang-Ho. The guy tries to drive Mi-Ho out of his house. She slaps him. Chang-Ho hits the guy before he hurts his girlfriend.

Mi-Ho takes the fire extinguisher to spray those guys. Gi-Gwang praises Mi-Ho after she took back the money. Chang-Ho agrees to what Gi-Gwang said. He thinks his girlfriend is the best. She laughs and asks him to take a look at himself in the mirror. Gi-Gwang takes a photo of them.

Mi-Ho takes a look at the family photo. She wipes off her tears. She swears to save Chang-Ho. She goes to the hospital. Joo-Hee interviews Mi-Ho. She asks her why she wants to join her hospital since the hospital she worked is pretty good. Mi-Ho explains that she likes the food at the cafeteria.

Soon-Tae meets with Chang-Ho. He tells him that Mi-Ho wants to look into the paper of Jae-Yong. Cheng-Ho asks Soon-Tae to stop Mi-Ho. But Soon-Tae thinks Mi-Ho won’t give up even if he persuades her. Chang-Ho wipes off his tears. He tells him to help him get a divorce with Mi-Ho. Because he worries that the loan shark will hurt Mi-Ho if he passes away. He returns to the cell.

It flashes back. Chang-Ho meets with Mi-Ho. He mentions the message he sent to her that he wants to break up with her. He admits that he did it because he thinks he won’t pass the exam. She shows the money to him. She tells him that she will help him get into the law school. But Chang-Ho doesn’t want to use Mi-Ho’s money. So she asks him to marry her. He walks away. She chases him. He asks her to marry him after he opened a law firm.

Chang-Ho pours the food to Chun-Sik’s head. He asks him for the death. Chun-Sik is ready to kill Chang-Ho. But he’s stunned by him. Chang-Ho is surprised that his fist is so powerful. He’s taken away by the guards. Chang-Ho runs into Kwang-Yeon. He learns that he’s a killer.

Chang-Ho shares the food with Jerry. He hears Jerry telling Room Leader that there was a guy getting shot when he tried to flee. Chang-Ho tries to escape. The guard reports it to Yoon-Gab. Yoon-Gab tells the guard to kill the person because he doesn’t know the person is Chang-Ho. Chang-Ho is surrounded by the guards. He asks the sniper to kill him.