It’s 10th episode of Chinese drama Delicious Destiny. In this episode Jia Ming avoids Yu Zhe as Yi Lan told her they are going to get marry. Kun Jin looks for his father, however he doesn’t know his father is Jian Guo and meets his stepmother. 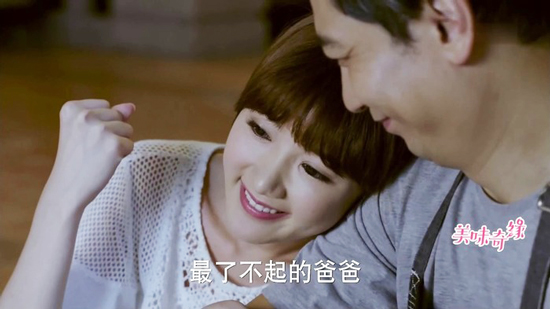 De Zhong worries about Jia Ming while seeing her crying. He has nothing to do but to comfort and protect his daughter. Meanwhile, Yi Lan drinks in the club. He arrives after getting call from Yu Zhe. She thinks Yu Zhe changed his mind, hugging Zhao Han and kissing him. While he still tastes her love, she calls Yu Zhe’s name. He wakes and realizes he is just a double, but he is unwilling to miss this chance. He express his love, but Yi Lan falls asleep.

Zhao Han sends her to home. Li Hua reminds him she shouldn’t desire thing which doesn’t belong to him. He realizes it and visits his mother in the hospital. He recalled his childhood. His father was still alive. Li family and Zhao family are good friends. Everything are gone now. He swears he gets everything which belong to him ever.

Kun Jin looks for his father since he arrives Shanghai. He even prints lot of waistcoats with his father’s detail. He sees Yu Zhe’s mother got Thailand super star Mike’s signature, however it’s robbed by crazy fans. He recognizes she is the angel aunt who donate him 500 yuan. He decides to help her, but is attacked by those crazy fans. He catches Mike’s car. Although Kun Jin doesn’t get the signature, he lets Mike sign it on his waistcoat. He takes off his waistcoat and gives it to Yu Zhe’s mother. She promises to help Kun Jin look for his father.

Yu Zhe’s mother lets Jian Guo to help Kun Jin look for his father, but he is busy and refuses it.

Yu Zhe waits Jia Ming in her office, but she isn’t there. Zhao Han reminds him he need to be patience. He visits De Zhong’s shop, Jia Ming avoids him. He calls her phone and lets her come out. De Zhong persuades him she will visits him after she figures it out. He has to leave. 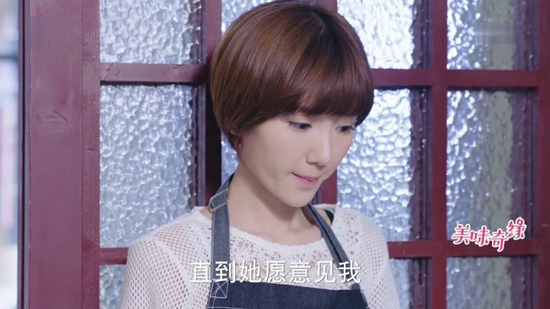 Zhao Han brings hangover medications to Yi Lan. Jian Guo sees they are close, hence he reminds Zhao Han they are not same kind of person and cannot be together. Jian Guo lets him to persuade Yu Zhe giving up his shop and promises he can work in his company. Zhao Han doesn’t follow his instruction, instead encourages Yu Zhe not to give up.

In order to separate Yu Zhe and Jia Ming, Jian Guo decides to execute his Plan, but Yi Lan doesn’t want to do. Jian Guo claim it’s good for her. However, She thinks she can move him and he will realize she is his best choice one day.

Jia Ming complaints to De Zhong she will give up Yu Zhe. She realize their love is just a unrealistic dream after Yi lan’s reminding. De Zhong feels remorse because he cannot give her daughter a better life and swears he will let her get marry well. At this time, Zhao Han calls and reminds her that it’s filming day tomorrow, wishing she can take off her burden. She promise she will warp up the filming with Yu Zhe tomorrow.

Li Hua is scared since she gave Yan Juan 500,000 yuan. Xiu Yun discover her large spending. Li Hua claims she bought financial products, but Xiu Yun doesn’t trust her. At this time, Chang Hai gives her a necklace as a gift for wedding anniversary.

After watching 10th episode of Chinese drama Delicious Destiny, I am curious on Jia Guo’s Pan and how he separates Jia Ming and Yu Zhe.