This is the Recap & Ending for Fall in Love 2022 Chinese Drama: Episode 1. Jing Zhixia walks into the hotel. She calls Sister Liu and tells her that she wants to see her. Jian Bufan blocks Jing Zhixia’s way. He blames her for leaving early.

Why Jing Zhixia Thinks Fu Zeyi Is A bad Guy? 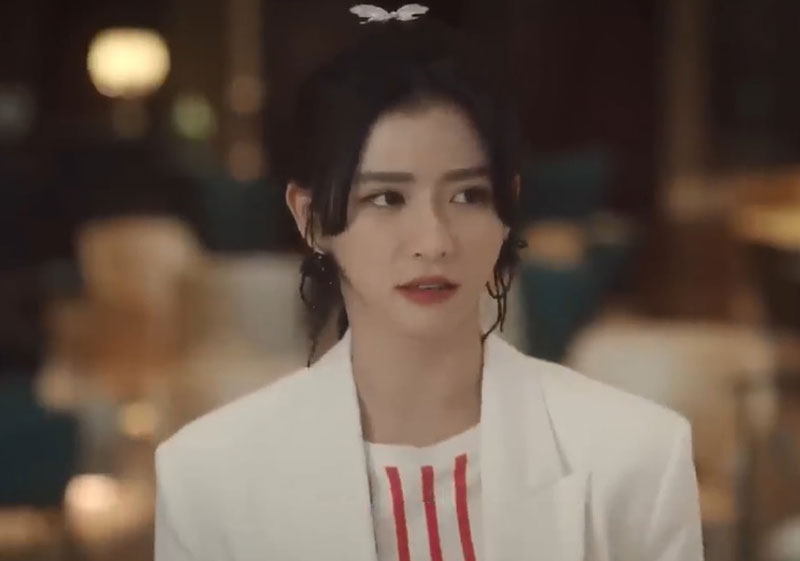 Note: From here on out there are specific plot spoilers for Fall in Love 2022 Chinese Drama: Episode 1.

Jing Zhixia claims that she’s working. Jian Bufan takes away her phone. Sister Liu promises to order the bag for Jing Zhixia. Jian Bufan blames Jing Zhixia for only knowing buying. He asks her if only spending makes her happy. She talks back that she just spent her own money.

Jing Zhixia tries to leave. Jian Bufan stops her. He tells her that the president of Ordinary Wood Furniture asked the director of Aizhe to welcome him. He thinks they should rely on her when they welcome big role. Jing Zhixia thinks the line was taught by her uncle.

Mr. Jian denies it when he shows up. He tells Jing Zhixia to welcome Fu Zeyi. She flatters him and tells him that he’s like a president more than her. She goes to the parking lot. She gets in her car, trying to drive away. But she sees a man staying in the car with another woman. She’s shocked.

Jing Zhixia remembers she found out that there’s such a man in the world. She learned that she was tricked by a bad man. She follows the man, seeing him help the woman get into the elevator. Jing Zhixia walks into the room. She asks the woman about the man who got into the room with her.

Fu Zeyi walks out of the bathroom. He asks Jing Zhixia if she knows him. She tells him that he knows what he did. The woman introduces Fu Zeyi as the president of Ordinary Wood Furniture to Jing Zhixia. Mr. Jian shows up. She introduces Jing Zhixia to Fu Zeyi.

Jing Zhixia finds out that there’s a man watching the movie with her. She’s furious to call the manager. She mentions what he told her that she was the only one who bought the ticket. She asks him to explain it. He explains that he didn’t want the guy came. But he told him that he’s the soundtrack artist of the movie.

Jing Zhixia learns that all of the soundtracks of the movie was made by the guy. She takes a look at him. She walks to him and she has a seat with him. She greets him. He turns around and sees her. He greets her as well. He asks her if he disturbed her. She denies.

Lin tells Jing Zhixia that he didn’t expect that the movie didn’t drop. She agrees to what he said. She thinks they’re lucky. He asks her if she likes the movie. She admits it. But she finds out that there’s no sound coming from the movie.

Jing Zhixia reminds Lin that he doesn’t have the chance to confess to the girl he loves if it’s the end of the world tomorrow. She thinks she won’t have any regret if she treats today as last day. He agrees to write a song for her because he thinks life will pass away soon.

Jing Zhixia wonders why Lin became Fu Zeyi who is rude. She decides not to let the jerk affect her life. She tells Uncle to give the money to Fu Zeyi. But he tells her that they don’t have the money. She decides to find a way to borrow money. Jian Bufan tells Jing Zhixia that he will support her. He gets scolded by his father.

Jing Zhixia calls someone. She tells him that he wants to see her shares. Jian Bufan visits her. He asks her if she actually wants to sell her shares. He leaks that he’s good at listening. He reminds her that her father wished her to manage the hotel.

Jing Zhixia turns on the tap. Jian Bufan hears the sound. He believes that she’s crying. He tries to knock at the door. But he gives up the mind. Because he think crying is better than the trouble she makes after she drinks. The guy meets with Fu Zeyi. He tells him that Jing Zhixia contacted him.

Ai Xin brings the list of the shareholders of Ai Zhe hotel to Fu Zeyi. She tells him that Jing Zhixia accepted the compensation. She adds that the girl will leave. He thinks it’s a good thing that Jing Zhixia leaves. He thinks nobody is going to stop his plan. Ai Xin asks Fu Zeyi if he wants to manage the hotel. She thinks he wants to turn the hotel into a mall like he did one year ago.