These are recaps of Goodbye My Princess Chinese Drama Episodes 13-14, Se Se grabs Li Chengyin’s hand and asks him to forgive her father and brother if he dislikes her one day. He takes the jade plate and tells her to visit crown prince if he fails. She lifts her hand and swears that she will never betray. He says that it’s a joke. 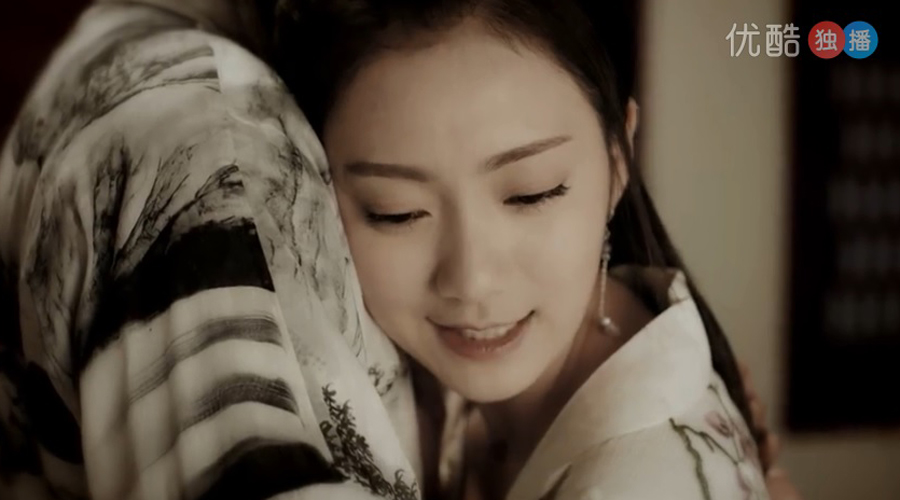 Note: From here on out there are specific plot spoilers for Goodbye My Princess Chinese Drama Episodes 13-14.

Yong Ning invites Xiao Feng to play poetry and wine game. Xiao Feng fails because she is a newbie in poetry. Se Se boasts that she mastered it within one month. Yong Ning mocks Se Se. Yong Niang returns the knife to A Do and tells her not to involve Xiao Feng.

Yong Ning asks Xiao Feng to challenge Se Se with shooting. Se Se fails and is sent to pick the arrows to the center of river. Xiao Feng jumps to the ship and makes her and Se Se fall into water. Li Chengyin passes by and jumps into water to save Xiao Feng. But Se Se glares at him after she is just saved. Li Chengye gets the dry clothes for Se Se, and mentions Li Chengyin just saved Xiao Feng.

Xiao Feng wakes up and asks A Do if she knew Li Chengyin before, and wonders why he didn’t save Se Se. A Do shakes her head. Li Chengyin tells Pei Zhao that he was intention to save Se Se, but he saved Xiao Feng when he got into water. Se Se visits Li Chengyin, and he feels sorry for didn’t save her. But she thinks he did it for avoiding the rumor. He grabs her hands and thinks she is very nice.

Xiao Feng visits Li Chengyin at the Hongwen library and thanks him for saving her. But his illness gets worse when staring at her. So she has to leave. He wonders why his heart is uncomfortable. Xiao Feng takes a bath and remembers Li Chengyin swam to her, and gets headache. A Do worries about Xiao Feng.

Gu Jian walks to Xiao Feng and tells her that he is her lover, but she doesn’t remember him because her memory missing. But she knows that he cheated her, and asks him to return A Do to her. He promises it but wants to accompany her to buy wine first. They visit Mi Luo’s bar, and ask for the medicated wine. But Ming Yu workshop asks for wine as well. So Xiao Feng volunteers to send wine to Ming Yu workshop for Mi Luo.

Xiao Feng visits Li Chengyin at Hongwen library, and wants to give the wine to him. But he doesn’t accept it. She tells him that she wants to thank him for saving him, and asks him what he wants. He says that he needs to think about it, and she gives the wine to him when someone calls her.

Empress Dowager asks the girls to pick up gifts, but Xiao Feng only picks the gift could be eaten when other girls picked jewelry. She says that she wants to go out, and Yong Ning mentions the cuju game. Xiao Feng thrills that she can play cuju, but Empress Dowager only allows her to watch, and asks the maid to arrange the seats for princesses.

But he doesn’t know Se Se’s feeling. Just then Li Chengye gets a letter from Se Se who confesses her feeling to him. Xiao Feng cannot recite women’s rules, and Empress Zhang punishes Teacher Fang. The maid steps in and reports that Li Chengyin gets lovesickness because of Se Se. So Empress Zhang summons Se Se. Xiao Feng apologizes to Teacher Fang, but Teacher Fang comforts Xiao Feng instead and thinks she is funny.

Xiao Feng asks Li Chengyin if he gets lovesickness or not. He denies. She reveals Empress Zhang summoned Se Se. Empress Zhang asks Se Se to recite women’s rules at court, and warns her not to flirt with Li Chengyin. Se Se tells Li Chengyin not to visit him, and Li Chengye’s maid Chan Er spots it. Chan Er reports it to Li Chengye.

Li Chengye visits Zhao Jingyu and mentions Se Se loves Li Chengyin. Zhao Jingyu explains that she got a lesson, and Li Chengye asks Zhao Jingyu to give his jade plate to Se Se. Li Chengye recommends Zhao Jingyu to be North Marquis, and Emperor agrees it. Xiao Feng works in Hongwen library, but Li Chengyin doesn’t arrange any job to her. He claims the job belongs to men, and tells her to just watch it.

Xiao Feng hits Li Chengyin with snow, so they begin a snow fight. Gao Yuming asks Gao Kun to hit Gao Zhen, because he broke his plan. Gao Kun suggests his father to find another way because it’s useless even if they kill Gao Zhen. Li Chengye is pleased that he gets the support of Zhao family, so he can defeat Gao family. But Li Yan tells Li Chengye that Li Chengyin is seeing off Zhao Jingyu at ten mile pavilion.

Li Chengye drinks with Zhao Jingyu and thanks him. He says that he won’t return once he leaves. Li Chengye remembers that he hugged Se Se and promised her to make her father marry her to him. He told Zhao Jingyu that he could help him achieve his dream, but required him to act with him. So Li Chengye saw Se Se fighting with Li Chengyin at the playground. But Li Chengyin grabbed Se Se’s hands to comfort her in the carriage, and told her to continue the acting. He asked Zhao Jingyu to write a letter to Li Chengye, and expressed that he wanted to unite with him.

Se Se grabs Li Chengyin’s hand and asks him to forgive her father and brother if he dislikes her one day. He takes the jade plate and tells her to visit crown prince if he fails. She lifts her hand and swears that she will never betray. He says that it’s a joke. But Li Chengye and Li Yang are spotting from hill. Li Chengye returns and slaps desk. He startles the maid and asks her to get lost.