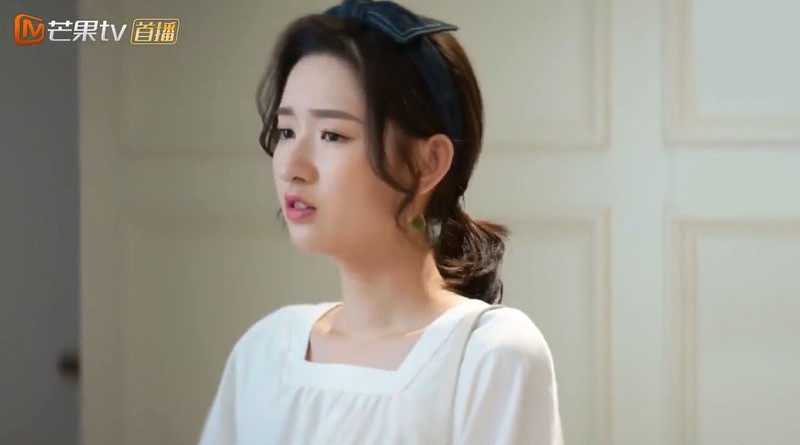 This is the recap for Chinese drama Once We Get Married: Episode 11. Gu Xixi falls to the bed with Yin Sichen. He tells her not to be excited when she hears money. She steps back and begins to measure the waistline for him. He catches the chance to take a look at her beautiful face.

Once We Get Married: Episode 11 Recap 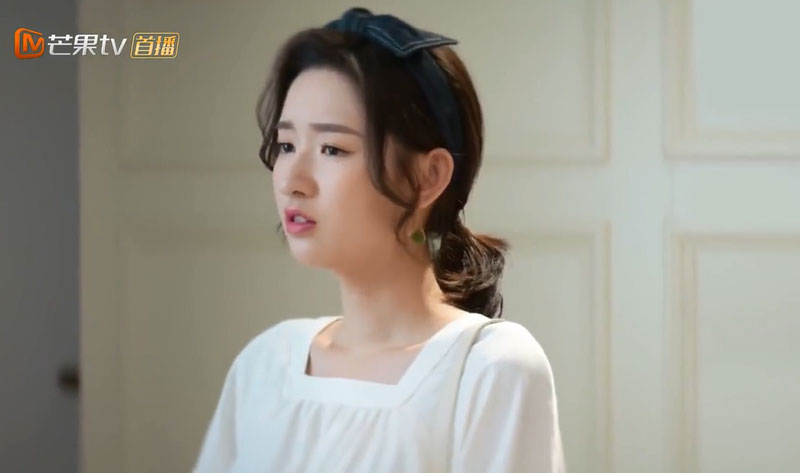 Note: From here on out there are specific plot spoilers for Chinese drama Once We Get Married: Episode 11.

Gu Xixi points at Yin Sichen. Gu Xixi thinks the place is so boring. She complains that she was taken there to work overtime. She drinks with Mu Ruona. The waitress bumps Mu Ruona and makes the wine drop on her dress. Mu Ruona thinks she has a reason to leave the party.

Gu Xixi covers the stain with the silk scarf. Mu Ruona is surprised. Gu Xixi tells Mu Ruona that she’s a designer. The two girls return to the party. Mu Ruona runs into Yin Sichen. She tells him that his wife helped her deal with the clothes. She blames him for not introducing Gu Xixi to her. He explains that he worried that Gu Xixi would offend her.

Gu Xixi and Yin Sichen go to Milan. She asks him for letting her attend the fashion show when she’s in the car with him. But he rejects it and tells her to act well in front of Alex. She promises it and calls him husband. Gu Xixi walks into the hotel. She’s told that she needs to live with Yin Sichen. She asks him if the room is suite. He admits it, asking her if she wants to sleep with him.

Gu Xixi denies it. She tells Yin Sichen that she worried that he wanted him to pay the bill of the suite. He denies and asks her for reporting it to him if she meets someone. Gu Xixi knocks at the door. But Yin Sichen doesn’t reply her. She puts a note under the door. She goes to the field, finding out that her phone is out of power.

Yin Sichen opens the door. He doesn’t see the note. He gets a call from his follower. He’s told that Alex changed the time. He tries to call Gu Xixi. But she doesn’t pick up his phone. Yin Sichen spots the note in the end. Gu Xixi is lost in the woods. She hears the howl of the beast. She’s scared to flee. But she bumps someone.

Gu Xixi is surprised to see Yin Sichen. He blames her for her leaving. She explains that she went to watch the show. He takes her away. Gu Xixi promises to explain what happened to Alex. Yin Sichen asks her if she thought about what he could do if she was hurt. She learns that he worried about her. He explains that he said that because of Alex. She finds the wound on his hand.

Gu Xixi explains to Yin Sichen that she just found out that his sleeve is broken. But she applies the band-aid on his wound. The driver thinks Gu Xixi is very virtuous. Yin Sichen tells the driver that Gu Xixi is his wife.

Yin Sichen takes Gu Xixi to visit Alex. He explains to him that Gu Xixi overslept. Alex thinks the two are very happy. He takes them to visit his workshop. Yin Sichen complains to Fei Ang that Gu Xixi always brings troubles to him. Fei Ang laughs because he saw humanity of Yin Sichen.

Yin Sichen claims he needs to protect Gu Xixi because he’s his boss. He thinks the girl will come to apologize to him. But Fei Ang tells Yin Sichen that Gu Xixi went to sleep after she returned the hotel. He adds that Alex promised to accompany them because of Gu Xixi.

Gu Xixi visits Yin Sichen. He tears off the band-aid quickly. He tells her to apply the medicine for him because he thinks it’s her duty as his wife. She does it for her. But she puts her head on his shoulder and falls asleep. He carries her to the bed, touching her hair when he stares at her. He confesses his feelings to her.

Gu Xixi wakes up. She finds out that she’s sleeping with Yin Sichen. She screams and takes a pillow to protect herself. She asks him why he slept in her room. But he tells her that it’s his room. She asks him why she slept in his room last night. He thinks she should ask the question herself. He feels regret for not throwing her to outside.

Gu Xixi apologizes to Yin Sichen. But he doesn’t accept her apology, and mentions she pushed him. She tells him to push her. But he lifts his arm and tries to slap her. He gives up the mind when she’s scared. He gets her to open her eyes. He mentions what she said that she doesn’t fear him at all.

Gu Xixi tells Yin Sichen that she doesn’t fear him. But she’s startled when he tries to kiss her. Gu Xixi goes to the pool. She prays that her business will run well. Yin Sichen points out that the pool isn’t fortune tree. She takes out a coin from her wallet, throwing it into the pool.

Gu Xixi realizes that she threw the wrong coin. She thinks she cannot find it. Yin Sichen asks Gu Xixi if the coin is very important to him. She tells him that it’s the commemorative coin which was given by her father. Alex tries to take a photo of Yin Sichen and Gu Xixi. He tells the two to get close. Yin Sichen catches the chance to hug Gu Xixi.

The secretary reports to Alex that the design is missing. He scolds her. Gu Xixi tells Alex that she can draw the design because she saw it. He agrees to it. She completes the drawing. Yin Sichen asks her about the dotted line on the design. Alex thinks Gu Xixi helped him resolve his problem. He hands over the design to the secretary.

Alex has meals with Gu Xixi and Yin Sichen. Yin Sichen leaves because he needs to go to the restroom. Alex thinks Gu Xixi is a very nice girl. But she confesses to him that she wasn’t honest to him. He comforts her that they didn’t lost anything.

Yin Sichen walks Gu Xixi. He asks her what she told to Alex during the meal. She reveals she feels guilty for fooling Alex. He tells her that he didn’t hurt anyone. He promises to confess everything to Alex. She’s happy to nod. He tells her to become real husband and wife with him if she feels guilty. She rejects it and runs away.

Gu Xixi gets Yin Sichen to catch the doll for her. But he fails. The couple passes by. The guy catches the doll for the girl after she kissed his face. Yin Sichen gets his face to touch Gu Xixi’s lips. He gets the doll and hands it over to Gu Xixi. He tells her not to lose it. She smiles.

Yin Sichen tells Gu Xixi that she can go to watch the show. So she leaves. Fei Ang shows up. He mentions Yin Sichen postponed the show for Gu Xixi. He asks him if he likes the girl. Yin Sichen denies. He tells Fei Ang that he has fallen for Gu Xixi since last night.

Fei Ang intends to hold a big confession ceremony for Yin Sichen. But Yin Sichen rejects it because he wants to confess his feelings to her after they end the contract.

Yin Sichen walks Alex. He tells him that he wants to be the partner of him. Alex agrees to it. But he wants Gu Xixi to manage the company. Yin Sichen thinks Gu Xixi will agree to it. Gu Xixi tries to take photos. She spots the group photo of her and Yin Sichen. She thinks the man is very handsome. But she tells herself not to think of him.