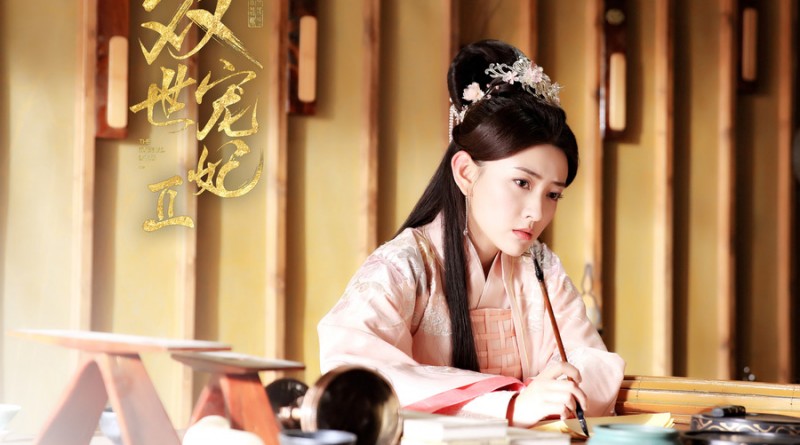 In the 7-8th episodes of The Eternal Love 2 Chinese Drama Recap, Eighth Prince has feelings on Qu Xiaotan, and Mo Liancheng is jealous. Mo Yihuai wants to take Qu Xiaotan leave the prince’s house, Mo Liancheng kisses her in front of Mo Yihuai. She is furious to brush her lips. 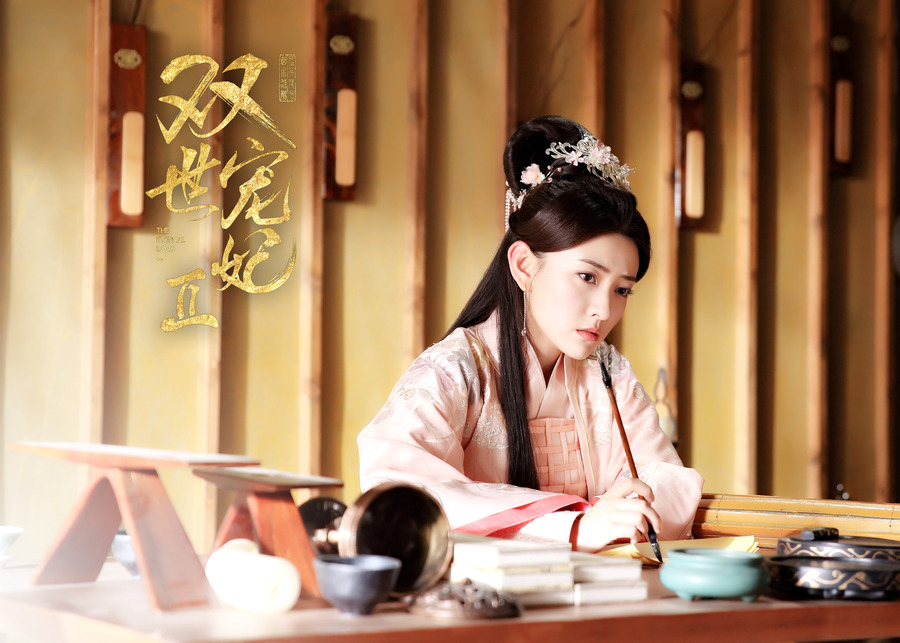 Note: From here on out there are specific plot spoilers for The Eternal Love 2 Chinese Drama Episodes 7-8.

Qu Xiaotan thinks Eighth Prince had childhood past, so he is insane. Mo Liancheng show up from her back, and she is scared to trip. He hugs her, and Jing Xin leaves after seeing the scene. Qu Xiaotan thinks she didn’t break the rules since he appraoched her first. He is pleased that she obeyed his rules, and wants to kiss her. But Eighth Prince shows up, Mo Liancheng has to abandon Qu Xiaotan to leave. She is furious while sitting on the floor.

Eighth Prince receives letter to leave house, and returns after thinking it was weird. But he finds out there isn’t any unusual thing in his house. He asks Yu Hao to investigate if the spy in the palace betrayed him. Qu Xiaotan returns her room with temper, and blames Jing Xin for abandoning her. She sees the gifts, and thinks they’re given by Mo Yihuai. But Jing Xin tells Qu Xiaotan only Eighth Prince visited. Qu Xiaotan decides to toy with him.

She offers new holiday system to him while presenting tea. He asks her to figure out the maid’s salaries in the house, and she did a good job. So he promotes her to be steward.

Emperor suspects the soup of Consort Du Gu, and she asks General Wei to take action as early as possible, and avoid Emperor to give the title of crown prince to Eighth Prince.

Liu Shang wakes up, and finds out Qu Xiaotan leans on his chest to count his beating. He wants to pretend that his heart is in pain, but she tells him the old man asked her to hand over the letter to him. The letter asks Liu Shang to stop Eighth Prince from going outside. Eighth Prince and Yu Hao are attack by a group of men in black when Liu Shang arrives. Eighth Prince finds out Liu Shang’s martial art is similar to him while fight.

Mo Yihuai meets up with Qu Xiaotan at suburb, and she thinks he has ability to help her return her hometown. She guesses his pocket watch is the time machine. He thinks she is insane after jumping into water, and comforts her. She thinks he promises to take her home, and hugs him. He feels happiness, and thinks she doesn’t forget him. Just then Mo Liancheng shows up, and kisses Qu Taner across Mo Yihuai. He warns Mo Yihuai that Qu Taner is his woman, and takes her away.

Mo Yihuai is furious, and takes the sword to chop in his house, and Qu Paner says that Qu Taner toys with men when he is in anger. Mo Yihuai thinks Qu Paner wrongs her sister, and claims he only loves Qu Taner.

Qu Xiaotan is furious to brush her lips with toothbrush, and Jing Xin comforts her that Mo Yihuai will take her away. Qu Xiaotan complains the evil Eighth Prince who has same face to the jerk asking her to look for house for him. Yu Hao shows up, and tells her that Eighth Prince wants her to accompany him to trip.

Qu Xiaotan is furious to keep distance to Eighth Prince at suburb, and falls into a pit. He falls into the pit as well for saving her, and she is scared after seeing the bones of the dead. He hugs her to climb the pit, but he releases and hugs when she reaches the pithead. They have eye contacts, and her heart is beating fast. He takes her to fly out of the pit when she wants to climb again.

The doctor doesn’t find out what kind of poison Emperor got, and Liu Shang takes fire to burn Emperor’s palm to force the insect going out. Emperor wakes up, and Liu Shang tells him the insect on the paining called “face of ghost”. Consort Du Gu thinks Eighth Prince wants to murder Emperor, but Liu Shang reveals the insect fears red stone, and it’s usually put in container made by red stone. Red stone turns to black after being stained by lye. So Liu Shang suggests Emperor to stain the lye to the birthday gifts, and finds the murderer.