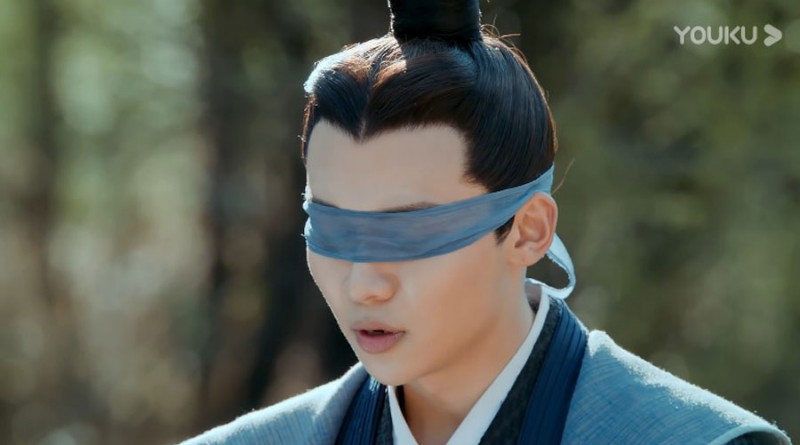 This is the recap for The Killing of Three Thousand Crows (Love of Thousand Years): Episode 4. Mountain Chief goes out of the gate, and asks Jiu Yun what happened yesterday. Jiu Yun reveals the hippocampus tried to get in treasure pavilion, but she was killed by galaxy mirror. 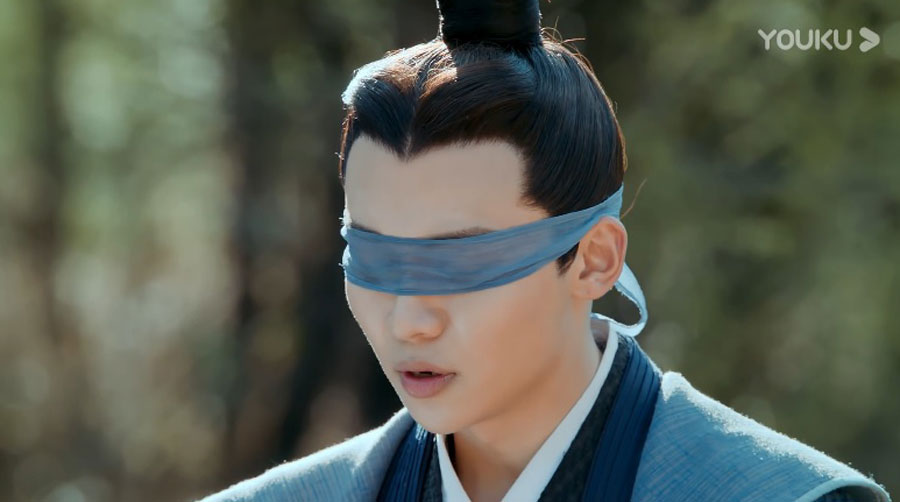 Note: From here on out there are specific plot spoilers for The Killing of Three Thousand Crows: Episode 4.

Mountain Chief wonders why the galaxy mirror was there, and Jiu Yun says that he planned it in advance. Mountain Chief praises Jiu Yun and tells him to kill the person if she touches the treasure.

Qin Chuan gets on knees to wait for the immortal, and thinks being immortal is very good. Cui Yan tells Qin Chuan that Mountain Chief will accept her as his disciple if she is with good looking.

Qin Chuan sees Zi Chen walking Xuan Zhu, and she is in tears. Qin Chuan tells Cui Ya that she misses Li people after she was the princess Xuan Zhu. Cui Ya comforts Qin Chuan and wants to give the tea for her to Xuan Zhu and Zi Chen. But Qin Chuan rejects it.

Qin Chuan remembers she went to see Zi Chen, and she heard Xuan Zhu told Zi Chen that they cannot go back to the time as Yan Yan hurt his eyes. Zi Chen thought he cannot hate Yan Yan. Xuan Zhu pointed out that Zi Chen is the victim as he knew nothing.

Yan Yan tore up to run to the tree, and Xuan Zhu found Yan Yan. Xuan Zhu asked Yan Yan if she thought she didn’t do anything wrong to hurt Zi Chen’s eyes. Yan Yan thought Zi Chen’s eyes aren’t enough to repay the sins of his father.

Xuan Zhu pointed out that Yan Yan had regretted, and asked her if she wanted Zi Chen to beg her to love him. Xuan Zhu told Yan Yan to give Zi Chen a way out if she loves him.

Yan Yan said that she cannot forget each dead of Da Li were given by Zuo family, and she came to see Zi Chen the last time. Yan Yan promised not to see Zi Chen again. Xuan Zhu yelled at Yan Yan that Zi Chen’s life is her life and she will make him forget her.

Mountain Chief likes the drawing Xuan Zhu gave, and accepts her to be his personal disciple.

Qin Chuan washes her hair and walks through Zi Chen. He asks her who she is, and she is startled to make the bottle drop. He tells her to come to him, but she runs away.

Zi Chen chases Qin Chuan but his hand is hurt by the broken bottle after tripping. He tells her that he just wanted to ask her where the Qiong flower sea is. Qin Chuan binds up for Zi Chen, and he asks her to walk him home. He promises to give her a nectar bottle, so Qing Qing won’t punish Qin Chuan.

Qin Chuan wants to move the zither, but Zi Chen stops her and reveals it was given by an old friend. Qin Chuan asks Zi Chen if he misses Li state. He says that Da Li was ruined, and the zither reminds him the things he shouldn’t forget.

Qin Chuan is in tear, and Zi Chen thinks her voice is similar to his old friend. He touches her face to make sure if she is Yan Yan. Qin Qin shows up and scolds Qin Chuan for flirting with Zi Chen.

Zi Chen tells Xuan Zhu to give the bottle to Qin Chuan, and Qin Chuan leaves. Qing Qing arrests Qin Chuan and tells her to think about where she did wrong in the jail.

Zi Chen apologizes to Xuan Chu for getting angry at her, and she thinks the moon is beautiful.

Qin Chuan wonders why she can kill monsters and save the world since she is in the jail. Er Meng shows up with Jiu Yun, and Qin Chuan is happy and thinks Jiu Yun came to save her.

But Jiu Yun tells Qin Chuan that he just came to see her fate, and she promises to give her body to him.

Jiu Yun saves Qin Chuan and tells her to be his personal maid.