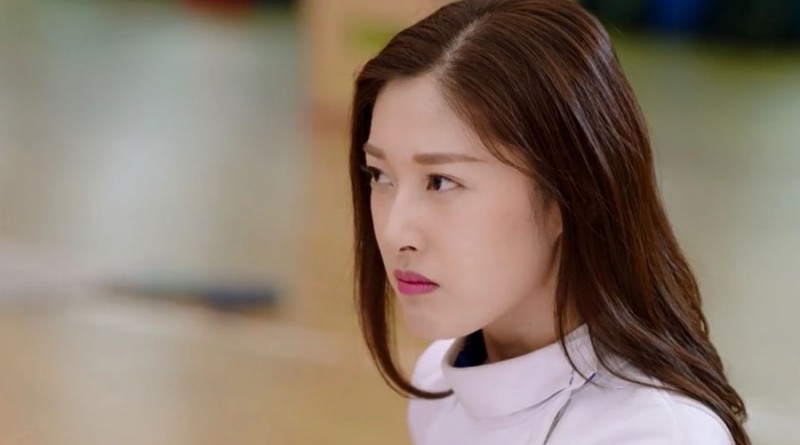 This is the recap of Well Intended Love Season 2: Episode 1. Do you believe it? The man you’re destined to will still protect you and appear in the right time, even if the space and time have changed.

Note: From here on out there are specific plot spoilers for Well Intended Love Season 2: Episode 1.

Xia Lin sees Yi Zhou talking with people at the party, and wonders who he is. Chu Yan tells Xia Lin that Yi Zhou is a jerk, and Xia Lin asks Chu Yan if they have any grudge.

Chu Yan is taken away by someone, and Xia Lin runs into Bao Hui. Bao Hui thinks Xia Lin’s inside is still a mud even if she has a small reputation.

Xia Lin mocks Bao Hui that she only spent two years to equal her, and asks who’s the muddiest. Bao Hui talks back that Xia Lin wouldn’t have reputation without Chu Yan.

Xia Lin realizes that Bao Hui got angry because of Chu Yan, and asks if Bao Hui fell for Chu Yan. Bao Hui is furious to pour water to Xia Lin, but she wets Yi Zhou’s suit.

Bao Hui apologizes to Yi Zhou and explains that she didn’t hold the glass well. Xia Lin laughs and tells Yi Zhou that she reacted too fast.

Xia Lin thinks Yi Zhou is like the masked man who wore shoe for her, and follows him. But she trips to hug him.

Xia Lin tells Yi Zhou that she feels that she’s a little familiar to him, and he thinks her pickup method is old fashioned.

Xia Lin leans on the wall and puts Yi Zhou’s hand on her waist, and asks him if he remembers something. He takes away her hand, and she trips to hug him.

Yi Zhou opens the door of men restroom, and asks Xia Lin if she wants to keep following him. She is awkward to get in the women restroom. The camera on the plant takes a photo of them.

Yi Zhou gets a call from Wen Li, and he tells him to put off the girl’s medical records. Xia Lin tells Yu Shi that she had a nightmare that she gets leukemia. Yu Shi comforts Xia Lin that she is just under too much pressure.

The next day, Jia Fei wakes Xia Lin up and shows the news to her. Xia Lin learns that the news says that she was flirting with Yi Zhou at the restroom.

Jia Fei tells Xia Lin that Yi Zhou is the president each woman wants to marry. Yu Shi calls Xia Lin and tells her that the company has started writing a clarifying statement, and tells her to take care of herself.

Jia Fei tells Xia Lin that the news says that she stole her best friend’s boyfriend, but Xia Lin thinks she will be fine when the company releases the statement.

Jia Fei tells Xia Lin to be careful, and Chu Yan calls Xia Lin. He tells her to contact Xiao Zhao if she has any problem, and reveals he is going to get in the mountain to film.

Jia Fei thinks Chu Yan cares for Xia Lin, and wants to visit Yu Shi with Xia Lin. Xia Lin blames Jia Fei for not changing shoes while visiting her, and tells her to clean up her house.

Xia Lin visits Yu Shi and asks why the movie got cancelled. Yu Shi tells Xia Lin that the words of actress and rich man will make people imagine more.

Xia Lin intends to visit Yi Zhou and release statement together. Yu Shi agrees to it but thinks it isn’t simple as Lin Group has the scandal of leaking customer information.

Yi Zhou tells people that the Information Security Director Mark has resigned and the related men are being investigated. Mr. Jin thinks Yi Zhou should explain it as he has the scandal with the actress. Yi Zhou tells Mr. Jin to wait until the investigation report comes out.

Yu Shi tells Xia Lin that the advertisers want to change her out, and thinks they care more about the celebrity’s image. Xia Lin wants to visit Yi Zhou.

Yu Shi and Xia Lin visit Yi Zhou’s company, but the secretary tells them that Yi Zhou is very busy. Xia Lin complains to Jia Fei that she didn’t see Yi Zhou after she had waited for him from noon to evening.

Jia Fei tells Xia Lin to move Yi Zhou through her acting, but Xia Lin thinks she will get thrown out by the security guard if she does so. She says that she should convince Yi Zhou, and doesn’t want the fake gossip to ruin her career and her face.

Xia Lin sees Yi Zhou fencing with Wen Li, and swears not to forgive him. Yi Zhou wins Wen Li and tells him that he will give him a raise if he wins.

Xia Lin tries hard to wear her fencing uniform, and Jia Fei thinks Xia Lin should take part in the events of some high-level club. Wen Li shows up and startles Jia Fei. He asks her how she got in the private club.

Jia Fei explains that she is the special correspondent invited by Yi Zhou, and Wen Xi asks for her ID. Jia Fei runs away, and Wen Li chases her.

Xia Lin attacks Yi Zhou, and he tells her that she loses. She asks him why he didn’t say anything when he knew it was her. He says that he wanted her to release her resentment, and she blames him for not seeing her.

Yi Zhou reminds Xia Lin that she is begging him, and she remembers Jia Fei told her to move Yi Zhou with her acting. Xia Lin begs Yi Zhou to help her, and he asks her to wear the earphone for him.

Yi Zhou calls Wen Li and asks him to arrange a press conference. Yi Zhou promises Xia Lin to prepare the dress for her, and tricks her to kiss his hand.

The reporters question Xia Lin for flirting with Yi Zhou. Yi Zhou tells them that he and Xia Lin are engaged. Xia Lin takes out the ring from her purse, and Yi Zhou wears the ring for her.

Xia Lin is awkward to smile when Yi Zhou puts his hand on her shoulder. He reminds her about her acting.