This is the Recap & Ending for Immortal Samsara Chinese Drama: Episode 3. Yu Mo gets tied up. He comforts Yan Dan that he will be fine. He asks her to go to invite the senior immortals. Lu Ming tells Yan Dan that only the flame magic can deal with the branches. He asks Yan Dan if she has the ability. 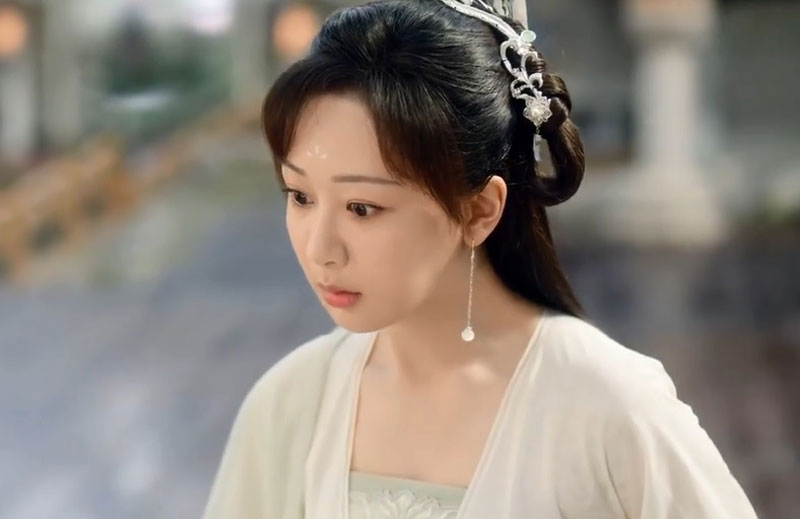 Note: From here on out there are specific plot spoilers for Immortal Samsara Chinese Drama: Episode 3.

Episode 3 of Immortal Samsara begins with Yan Dan denying that she cannot use flame magic. So she asks Yu Mo about it. Lu Ming doesn’t believe that Lu Ming can use flame magic because he just became immortal. Yan Dan tells Lu Ming to go to look for immortals.

Lu Ming runs into Ji Du. He asks him to save Yu Mo. Ji Du saves Yu Mo. Yan Dan gets Yu Mo to thank Ji Du. Lu Ming asks Ji Du to forgive Yan Dan and Yu Mo. Ji Du thinks they couldn’t catch the spies of demon clan if Yan Dan and Yu Mo didn’t get into the place. He comforts the three that he will explain it to his leader. It makes them happy.

Yu Mo tells Yan Dan that it’s his first time to see the good temper senior immortal. She agrees to what he said. She thinks Ji Du is better than Bei Ming. Lu Ming leaks that Ji Du never threw a fit. Yan Dan signs Yu Mo’s arm. She tells him that she will take care of him.

Ying Yuan tells Ji Du that the demon spies got into Heavenly Realm from the place. Ji Du wonders how the spies did that since they cannot use high level of magic. Ying Yuan thinks Si Xuan helped demon clan. Ji Du realizes that Si Xuan stole Legend Mirror.

Ji Du tries to seal the exit. But Ying Yuan stops Ji Du. He tells him that he wants to catch other spies. Yu Mo brings the soup to Yan Dan. He wonders why she begins to read the Go book. She explains that she did it for dealing with Ying Yuan.

Yu Mo points out that Yan Dan doesn’t have to do the job if she loses. She tells him that she doesn’t want to get looked down by the jerk. She wants to teach him some low levels of magic. But he rejects it. She thinks he’s like the fish who looked down on her.

Yan Dan tries to teach Yu Mo how to use magic. But they get found by the immortals. The immortal finds out that the soup is hot. He tells his followers to look for the thief who stole his food. Yan Dan tells Yu Mo to catch the chance to flee when she went out to admit her sin.

Episode 3 of Immortal Samsara ends with Yan Dan shooting Ying Yuan. But the arrow doesn’t hurt him. It turns around and takes her to fly to the tree. He thinks she learned very fast. But he mocks her. She tells him that she will fight with him if he helps her take off the bracelet.