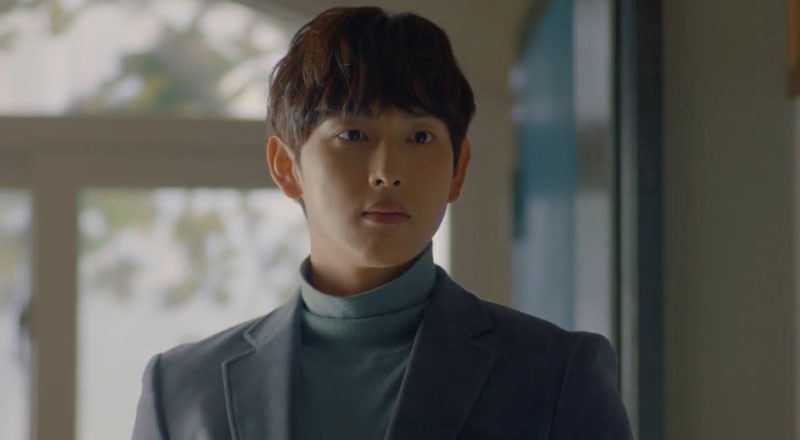 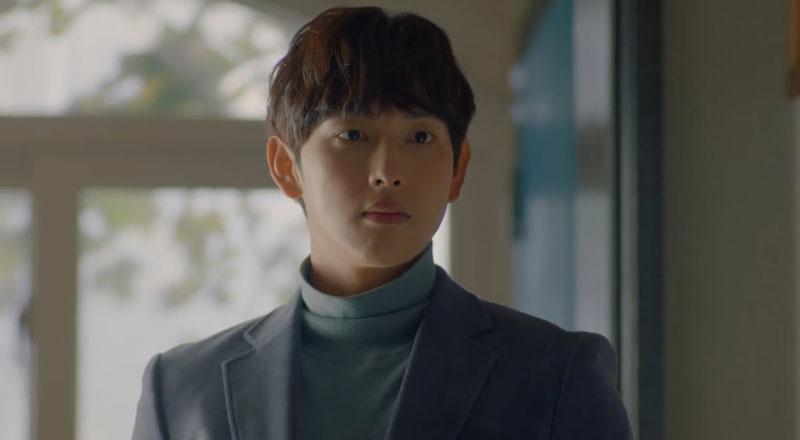 Note: From here on out there are specific plot spoilers for Run On Korean Drama: Episode 8.

Yeong-Hwa plays the voice of Dan-A who says that Yeong-Hwa can have her number. Mi-Joo thinks Yeong-Hwa is creepy, and tells him to ask Dan-A on his own. He thinks Dan-A won’t tell it to him. Seon-Gyeom points out that Dan-A never remembered her number.

Dan-A is going to go out. Myeong-Pil stops her and scolds her for beating Myeong-Min. Dan-A thinks Myeong-Min reported him, and sees her stepmother set up the table for her mom’s memorial service. She feels wronged and thinks her father only cares for Myeong-Min. Myeong-Pil tells Dan-A that he’s going to marry her off. She’s furious to leave.

Tae-Woong sees Dan-A leaving. He follows her to the parking lot, and tries to give her the rice cakes. But she rejects it and tells him that she doesn’t like him. He tells her that the parents they couldn’t choose. She asks him why he was born in the family. She drives away.

Seon-Gyeom prepares the breakfast for Mi-Joo and Park May. Mi-Joo pretends to be cool and leaves. Park May thinks Mi-Joo is still in anger. Seon-Gyeom visits Dong Kyung. But she tells him that Dan-A fired him. He brings the gifts to her and thanks her for giving him the coach’s number. She tells him that he is good at cheering up people.

Dan-A shows up and thinks it’s the destiny to make her meet Seon-Gyeom. She tells him to marry her. But he tells her that he doesn’t like her. So she lets him consider it. Mi-Joo walks Park May and enjoys the sea. They run into Hui-Jin. Hui-Jin introduces the staff on the set to Mi-Joo, and tells her to greet them after the filming.

Seon-Gyeom washes clothes for Mi-Joo when she’s not at home. She misses him when she lies in the bed. She wakes up and is startled by Park May because she opens her eyes while she’s sleeping. Ji-Woo tells Seon-Gyeom to come to her place when he’s driving. She tries to give him a hug when she sees him. But he pushes him away because of the blood on her clothes.

Seon-Gyeom knows Ji-Woo is a top actress in Korea, and asks her if she acts a killer. She denies and introduces him to her friends. The friend thinks Seon-Gyeom can be an actor, and tells him to do a cameo appearance. Ji-Woo thinks it’s a good idea.

Ji-Woo wants to give some money to Seon-Gyeom because he doesn’t have a job. He asks her why she didn’t scold him for that. She tells him that he did enough to support his families so that she doesn’t have a reason to scold him. He thinks she is very beautiful and wants to bring her a present. She mistakes that the gift is Mi-Joo.

Ji-Woo tells Seon-Gyeom to be nice to Mi-Joo if he has feelings to her. He asks her how she and Jeong-Do got together. She tells him that she loved Jeong-Do, but admits that they’re not close now. Mi-Joo gets a message from Seon-Gyeom who tells her that his mom asked him to be nice to her. She’s very happy and tells him to do that.

Yeong-Hwa tells Dan-A that he came to give her his draft. But he doesn’t want to do that. She thinks he’s a kid, and laughs when he asks her to call his name instead of kid. Ji-Hyun shows up and takes the clothes and bag for Dan-A. He walks away.

Yeong-Hwa asks Dan-A if she’s going to run. She wears her shoes and tries to kick the ball to him. He is scared to trip. She laughs and runs away. Mi-Joo is sick so that she goes to see a doctor. He tells her that he will give her a treatment, and asks her not to overwork. She lies in the bed and is harassed by the women when she is tired.