“Sweet Sweet” is a new Chinese romance drama which comes out in 2021. The drama tells a story about a girl Tiantian De who has bad luck when she runs into the aircraft genius Su Mu. But she falls for him in the end. 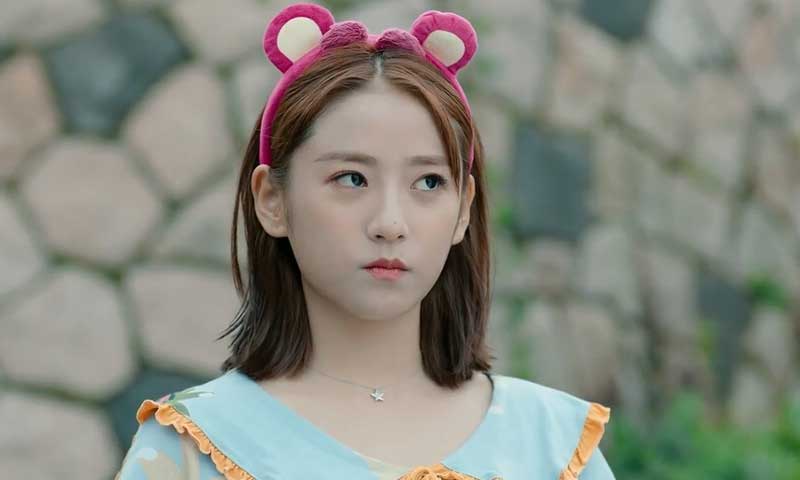 Su Mu climbs to the balcony to pick up the aircraft. He runs into Tiantian De who holds a bra. She screams and thinks he’s a pervert when he’s going to leave. She tells us that it’s the fourth time to see him.

Su Mu appears at the conference and tells people that he decides to cancel the conference because he thinks his aircraft has to be perfect. The guy thinks it’s Su Mu was style. The girl tells another girl that Mr. Zhou wants to wait for Su Mu’s new aircraft.

The woman thinks Su Mu wants to take photos of Tiantian De without her permission. She wants to call police. Tiantian De stops the woman because she thinks Su Mu is a deaf. The boy shows up and takes a look at the aircraft. He finds out that there’s no camera, and tells Tiantian De to compensate Su Mu.

Tiantian De agrees to compensate Su Mu. But her phone is broken. So she writes her number to the paper, and tries to give it to him. But the paper is blown away by the wind. Su Mu catches the chance to hold her hand. She tries in the end after she took off his hand.

Dad thinks they should tell Tiantian De about their matter. But Mom is against it because she worries that Tiantian De cannot accept the truth. Dad sees the mud on Tiantian De’s face. He thinks she fell into the mud. Tiantian De tells her parents that she didn’t past the. She promises to accompany them. But they’re against and tell her that they’re going to go to travel.

Tiantian De tries to hang the signboard. She is surprised to see Su Mu. He ignores her and walks into her store. She tries to stop him but she kicks off the ladder by mistake and gets hung on the iron stick. She asks him for his help. But he just spins the signboard and walks away.

Tiantian De complains to Tang Momo that she has bad luck when she encounters Su Mu. Tang Momo tells Tiantian De not to stay with Su Mu alone. Wang Yanyan reports to Mi Ya that Su Mu cannot speak again. She thinks something happened on Su Mu. Wang Yanyan thinks the ice water can cure Su Mu’s illness. But it will take some time.

He Yu as Wang Yanyan

Pan Ziyan as Mi Ya

The girl asks Wang Yanyan why he didn’t visit her. He tells her that he’s very busy. She thinks he’s busy in flirting with other girls. He admits it and tells her that she doesn’t belong to him even if he has feelings for her. She’s furious to pour water to his face.

Tiantian De and Tang Momo ride the scooter leaving the ice cream store. Su Mu shows up and sees them off. Mi Ya drives by. Su Mu gets into her car. Tang Momo drinks with Tiantian De on the bridge. She thinks Su Mu is her soul mate. Tiantian De denies and thinks Su Mu’s looks is fine. She tells Tang Momo that she wants to look for a boyfriend who can accompany her to watch stars.

The next day. Mom wakes Tiantian De up. She goes to the airport with Dad. The aircraft flies into Tiantian De’s house. Su Mu visits Tiantian De and rings the bell. But she doesn’t hear it because she’s taking a bath.