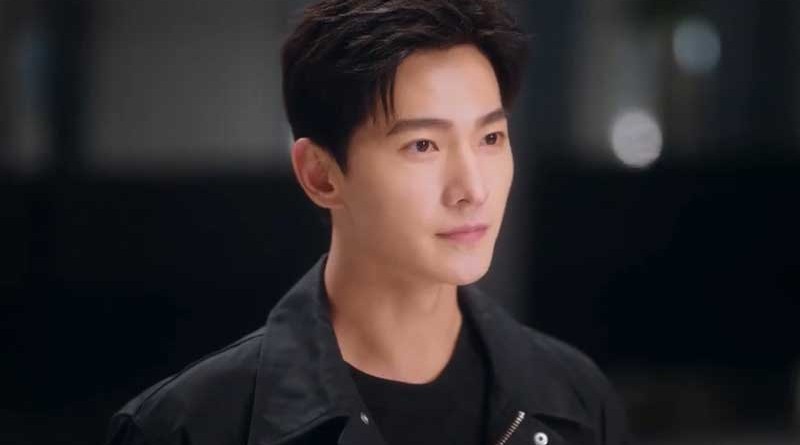 “You Are My Glory” is a new Chinese romance drama which comes out in 2021. The drama tells a story about the actress Qiao Jingjing who needs to improve her game skills after people knew that she’s a terrible player. She encounters her first love Yu Tu in the game. 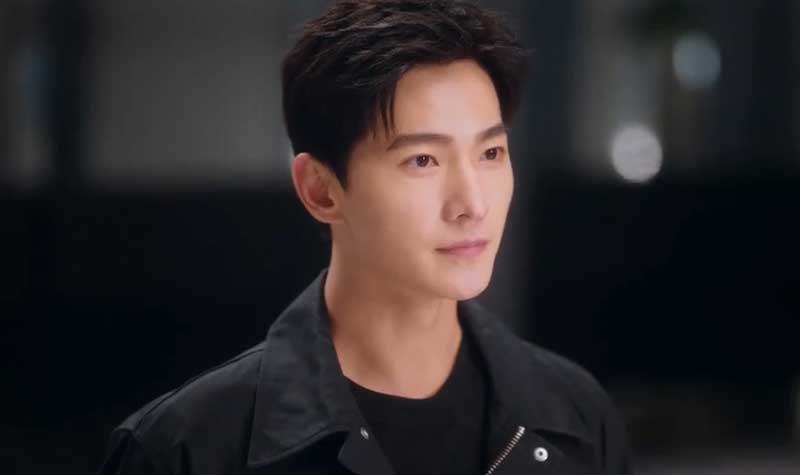 The chief praises Yu Tu for his plan in the meeting. But he points out that the plan needs high impact engine to support. Guan Zi walks Yu Tu. He notes that he’s not happy. He thinks Yu Tu is upset because of the meeting. Yu Tu denies. He walks out of the aerospace building, and looks at the stars in the sky.

The assistant Xiao Zhu walks into the room. She reminds Qiao Jingjing to wear the coat because it’s cold outside. Qiao Jingjing turns around. She wears a beautiful white dress. She tells the fans that she’s going to set out after she posted it on Weibo.

It flashes back. Qiao Jingjing goes to see Yu Tu. She asks him if he has a girlfriend. She wants to be his girlfriend if he doesn’t have it. But he tells her that he wants to look for a girl who can strive with him.

Qiao Jingjing sighs that Yu Tu didn’t find the one who can strive with him until the end. She falls asleep and travels to the high school time. She walks into the classroom and takes the exam. She finds out that the question is too difficult. She spots Yu Tu handing over the test paper to the teacher. He leaves the classroom.

Qiao Jingjing shows the comments to Ling Jie. She says that she wants to protect the fans who support her. She thinks she will be successful. Ling Jie tells Qiao Jingjing that they need to make people not see that she’s a newbie since she decided to take part in the game. She tells her that she got a coach for her. Qiao Jingjing smiles.

Qiao Jingjing gets off the car. She asks Ling Jie if the coach is a professional player. She’s excited. But her smile is frozen after she saw Ling Jie’s husband A Guo. Qiao Jingjing doesn’t believe A Guo can train her well. Ling Jie brags that her husband is the king in Honor of Kings. She says that she had to plan to get Qiao Jingjing to endorse the game when she spots A Guo playing it.

Ling Jie thinks A Guo is enough to train Qiao Jingjing because he’s an old player. She tells Qiao Jingjing that she doesn’t dare to get an outsider to train her. A Guo takes Qiao Jingjing to get into the game. He comforts her that the core positions will be taken by professional players. He thinks she doesn’t need to worry about it.

Qiao Jingjing is going to play the game after she took a bath. She spots the player Yu Tu. She’s surprised that Yu Tu invited her to play the game. She accepts it and thinks she will get him involved. But he wins after her role Cai Wenji got killed. She realizes that he’s an expert. She’s excited.

Zhai Liang tells Qiao Jingjing to stay in the grass. But she doesn’t know which grass he wants her to hide. He’s surprised that the role Cai Wenji is a female because Yu Tu is an insulator to females. He asks Yu Tu if he knows the girl. Yu Tu denies.

Zhai Liang tells Qiao Jingjing to play the game with them next time. Because they’re doing to challenge the rank. She blames him for abandoning her, and thinks she wasted the skins. Zhai Liang asks Yu Tu for helping Qiao Jingjing. Yu Tu points out that he didn’t get the skins.

Senior Ren meets with Yu Tu. He tells him to come to his place if he decides to resign. Someone texts Yu Tu and tells him that someone mentioned him and Qiao Jingjing. Pei Pei calls Qiao Jingjing and tells her that Yu Tu clarified the rumor. Qiao Jingjing learns that Yu Tu apologized to her. She complains that he should play game with her if he’s free. She gives the skins to him.

Zhai Liang drinks with Yu Tu. He asks him if he still misses Xia Qing. Yu Tu denies. He texts Qiao Jingjing and thinks she didn’t have to send the skins to him. She tells him that she wants him to be her coach. But he rejects it because he will leave the game at any time. She asks him for teaching her when they play Honor of Kings.

Yu Tu agrees to it. But he tells Qiao Jingjing to use the role Wang Zhaojun to replace Cai Wenji for the game. Zhai Liang is confused. He wants to know the thing he doesn’t know. Qiao Jingjing explains that she asked Yu Tu to train her.

Ling Jie returns to the office after she went on a business trip. She’s told that Qiao Jingjing hasn’t come for a few days. So she visits Qiao Jingjing. She’s surprised that she has guts to fight alone. Qiao Jingjing brags that she’s a genius. Ling Jie finds out that the the role Qiao Jingjing uses wasn’t taught by A Guo. She thinks she practiced herself.

Ling Jie thinks it will be better if Yu Tu can train Qiao Jingjing face to face. Qiao Jingjing finds out that Yu Tu plays game each day. She wonders what job he has. She texts Pei Pei and asks her about Yu Tu. Pei Pei reveals Yu Tu is doing aerospace job.

Qiao Jingjing remembers that Yu Tu bragged that he will fly out of solar system. She realizes that he hasn’t given up his dream. She tells the team members that the the Jade Hare purifier she just bought is broken. Zhai Liang laughs because the purifier was made by Yu Tu’s company. He tells Yu Tu to go to help Qiao Jingjing. Yu Tu agrees to it. Qiao Jingjing is excited.