This is the recap for Eternal Love of Dream (Three Lives, Three Worlds, The Pillow Book): Episode 4. Chi Wu brings badger to Chun Yin and asks him to help him fight with Dong Hua. Chun Yin mentions Dong Hua has a soul jade, which contains many evil spirits. He hints Chi Wu to steal the jade. 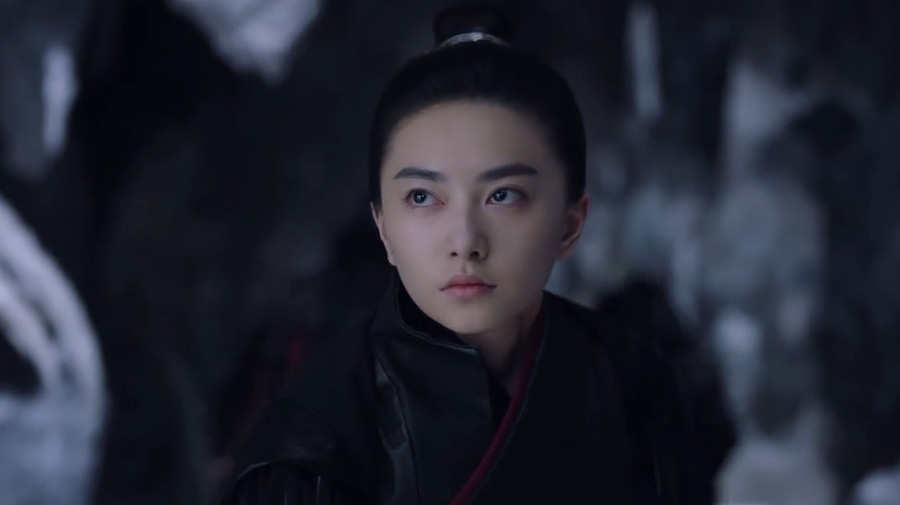 Note: From here on out there are specific plot spoilers for Eternal Love of Dream: Episode 4.

Dong Hua notes something happens in the Miaoyi palace, and goes to check it. Chi Wu dresses up to be Dong Hua and steals soul jade. Dong Hua returns, and the guard tells him that he just passed. Dong Hua finds out that the soul jade is missing.

Chi Wu takes the soul locking jade and thinks Dong Hua has to fight with him. He wonders why Xun Yang wanted to marry Ji Heng to Dong Hua. Dong Hua threatens Chi Wu to get his clan to be buried with the dead if the jade is broken.

Chi Wu thinks Dong Hua is like Miao Luo, who kills many people. He rushes to fight with Dong Hua.

Feng Jiu notes something happening far away, and asks Zhi He about it. Zhi He thinks Feng Jiu isn’t qualified for caring Dong Hua, and wants to kill Feng Jiu with her gold hairpin.

Cheng Yu shows up and reminds Zhi He not to hurt Feng Jiu as it will increase the rumor about Dong Hua liking to kill. Zhi He tells Cheng Yu that it’s a misunderstanding, and she leaves.

Cheng Yu tells Feng Jiu that Dong Hua is fighting with Chi Yu in the Fuyu mountain. Feng Jiu runs away as she wants to help Dong Hua.

Si Mi asks Feng Jiu if she knows where Fuyu Mountain is, and gives her the fast-running felt which can help her find Dong Hua. He tells her to protect herself first as he cannot explain it to the elders of Qingqiu if she gets hurt.

Feng Jiu flies away. Si Ming thinks Feng Jiu cannot touch Dong Hua’s sleeves when she arrives there, and the only thing she can do is to clean up the battlefield.

Dong Hua beats down Chi Wu, and Chi Wu takes soul locking jade to block Dong Hua’s attack. Dong Hua gets in the world of the jade, where many ghosts fly to him.

Chi Wu wakes up and sees the green stuff. He doesn’t know what it is, and goes to ask Chu Yin. But Chi Wu doesn’t know Chun Yin is watching him in the distance.

Chu Yin sees Feng Jiu’s tails, and reminds her that she cannot save Dong Hua from the ten evil lotus realm with her cultivation. He promises to give her half of his cultivation if she lend the fur to him for three years.

Feng Jiu thinks Chu Yin is a nice person, and he takes away her tails. Feng Jiu gets in the jade realm and burns up the ghosts with Chu Yin’s demon power. But she burns her paw as well.

Ji Heng goes to stop Chi Wu and Dong Hua, but she finds out that the two disappear. She gets in the jade realm, and the power inside her body automatically attacks the ghosts.

Dong Hua recognizes that the power comes from Meng Hao, and he casts the ball to clean up the evil spirits. Feng Jiu drops in Dong Hua’s arm.

Dong Hua asks Ji Heng why she is there, and she explains that she came to stop Chi Wu but fell into the realm. He thinks she shouldn’t be there as the realm was turned into by soul locking jade. She says that she got him involved it, but he says that he takes the chance to get rid of evils in the realm.

Ji Heng notes that Dong Hua takes a little fox, and finds out that the fox’s paw is hurt.

Feng Jiu runs to Dong Hua and sees him lying on the rock. She thinks he is hungry, and tells him to eat her paw. He thinks she should add some salt, and she almost cries.

Feng Jiu wakes up and sees Dong Hua binding up her wound. Ji Heng thinks Dong Hua binds Feng Jiu too much and makes her not walk. Dong Hua tells Feng Jiu to spit a fireball, and thinks she won’t be easy to fire to ashes if he is bandage harder.

Ji Heng thinks the little fox usually won’t burn herself, but Dong Hua questions it. Feng Jiu spits a fireball to prove she is smart, but she burns herself. Dong Hua sighs.

The maids report to Zhi He that Feng Jiu disappears, and Zhi He tells the two to look for Feng Jiu. Chong Lin tells Zhi He that the guards who watch soul locking jade talk about how to confess to Dong Hua.

Zhi He thinks Dong Hua can take back the jade without any problem. Chong Lin reveals it will affect the Maoyi palace where Miao Luo is sealed if the evil spirits come out from the jade.

Ji Heng brings the sweet potatoes to Feng Jiu, and tells her to make a fire to roast the sweet potato. But Feng Jiu finds out that she loses her power. Ji Heng tells Feng Jiu to eat it raw.

Min Su is arrested, and she looks at Xun Yang. He tells her to get back after Ji Heng gets married.

Dong Hua cleans up all of the evil spirits, and takes Ji Heng out of lotus realm. She asks him to forgive Chi Wu, and wants to keep the little fox. But he takes away the fox from her.

Dong Hua returns home and tells Chong Lin to take care of the little fox as he needs to leave for some days. Chong Lin accepts it.