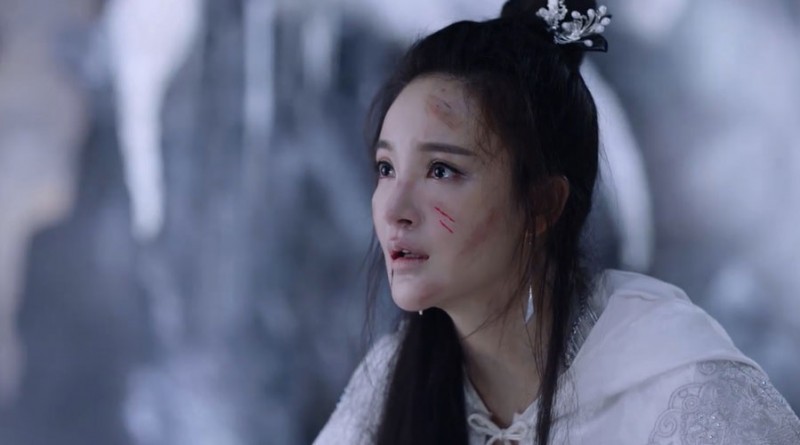 This is the recap for Eternal Love of Dream (Three Lives, Three Worlds, The Pillow Book): Episode 5. Ji Heng looks for Min Su in the cave and finds out that Min Su is attacked by the red mosquitoes. Ji Heng joins Min Su, and Min Su passes out for helping Ji Heng. 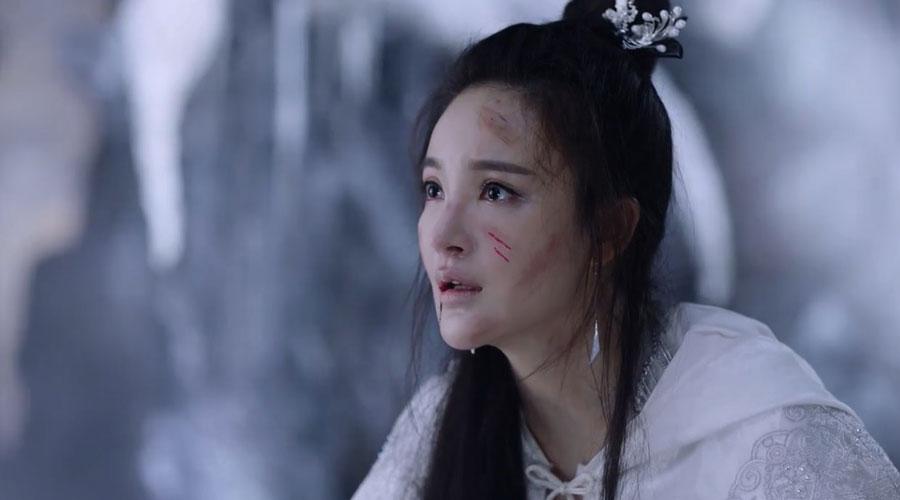 Note: From here on out there are specific plot spoilers for Eternal Love of Dream: Episode 5.

Meng Hao shows up and burns out those mosquitoes. But he is injured. Ji Heng asks Meng Hao why he saved her. He tells her that she is like her mom, and thinks she has a dragon scale on her.

Meng Hao reveals he saved Ji Heng when she was attacked by fire monster, and he gave her the dragon scale. She asks him who he is, and he tells her that he is her dad.

Ji Heng doesn’t believe it as nobody told her this before. Zhong Hao reveals her mom ran away from Fire Demon Lord with him, and she was born. Ji Heng tears up to accept the truth.

Ji Heng cries and reveals Meng Hao was injured for saving her. She thinks Dong Hua has the way to save Meng Hao, but Dong Hua says that it’s too late.

Meng Hao tells Dong Hua that Ji Heng is poisoned with autumn water toxin, and asks him to keep her safe. Dong Hua agrees to it.

Feng Jiu rushes in Si Ming’s arms, and tells him that she’s pregnant with Dong Hua’s baby. Si Ming tells Feng Jiu that she was fooled, and asks her to write how she became a fox.

Dong Hua treats Ji Heng and tells her to have a rest as the poison hasn’t been removed completely. She asks him to help Min Su and her from Xun Yang, and confesses that she only wants to marry Min Su.

Dong Hua carries Min Su to demon palace, and Xun Yang asks Dong Hua to marry Ji Heng. But Dong Hua is against it as he doesn’t intend to get married. Xun Yang tells Dong Hua that he does it for the peace of demons and gods, and it’s Dong Hua’s wish.

Feng Jiu cries, and Chong Lin opens the enchantment to let her walk around. She runs to jump in Dong Hua’s arms, and he learns that Feng Jiu tricked Chong Lin.

Dong Hua brings back the medicines, and wants Feng Jiu to cook for the little fox. But Zhi He says that Feng Jiu disappeared, and thinks she is related to demon.

Feng Jiu thinks Zhi He wishes her not to come back. Zhi He offers to get Yu Ru to take care of the little fox, and tells Dong Hua to be careful of the fox as she thinks she is a demon.

Dong Hua wears the jade on Feng Jiu, and reveals he saw Meng Hao dying in front of him. He wonders why Meng Hao died for love. Feng Jiu says that she cannot die for him as she wants to stay with him.

Feng Jiu brings cotton rose ointment to Dong Hua, and he asks her to apply it for him. Chong Lin thinks Dong Hua likes the fox as he made the pavilion for her.

Zhi He passes by and thinks she made many things for Dong Hua. But the fox got the benefits. Zhi He is furious to leave.

But Feng Jiu finds out that the taste of the fish is terrible. She eats up the fish for not disappointing him, but she wishes him to see that she smiles with a little reluctance.

Dong Hua tells Feng Jiu that he has tasted it, and thinks foxes really have a different taste. So he brings more fishes to her. Feng Jiu eats up all of the fishes, and finds out that she’d become bald.

Feng Jiu decides to let the white lie keep going, even if her fur would fall out.

Zhi He tells Dong Hua that she won’t do the task he asked her as he cares the fox more than her. Dong Hua tells Zhi He not to dispute with the pet, and promises to take care of her.

Zhi He tells Feng Jiu that she is just a pet in Dong Hua’s mind, and Chong Lin takes Feng Jiu to welcome the guest.