This is the recap for Eternal Love of Dream (Three Lives, Three Worlds, The Pillow Book): Episode 7. Cheng Yu sees Feng Jiu staying at the kitchen alone, and blames Si Ming for not telling her about it earlier. She says that she would rather knock Feng Jiu out to send her down than leave her there to be mistreated. 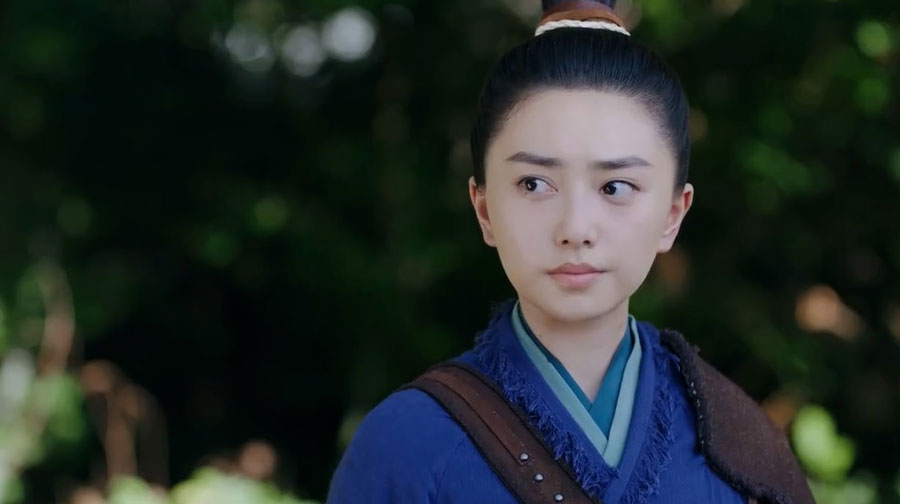 Note: From here on out there are specific plot spoilers for Eternal Love of Dream: Episode 7.

Cheng Yu asks if they can only sit back and watch Feng Jiu suffer. Si Ming realizes that they can still help Feng Jiu on one thing. Cheng Yu breaks the cup and says that they will take revenge Feng Jiu.

Si Ming tells Cheng Yu to mind her words, and thinks it will be better to let less people know about it. Because it concerns Feng Jiu’s reputation. The follower brings the gift for the wedding, and asks Si Ming to choose.

Si Ming tells the follower to prepare another one and names it from someone anonymous. Si Ming walks the follower and tells him to send the two celadon-glazed lotus candlesticks to Taichen palace. But the followers trips on the stairs.

Lian Song catches the candlestick, and asks if Cheng Yu is there. Si Ming denies it, and Lian Song asks Si Ming to swear to the candlestick. Si Ming says that he will end up alone with no wife or child if he lay.

Cheng Yu is drunk to walk out, and she mistakes Lian Song as Feng Jiu. She hugs him and tells him that there is no future. She complains that Gods of the Sky Kingdom are hypocritical and false-hearted. Cheng Yu takes Lian Song away.

Ji Heng is happy to read Min Su’s letter, and the maid brings the wedding dress and thinks it’s beautiful. The maid reports to Zhi He that Dong Hua chose Ji Heng as his wife.

Feng Jiu takes the sweet potatoes she roasted, and says, “Even if I have to cut our connections, I’ll always remember how you cared for me these days. You saved me before. I have nothing to pay you back. These sweet potatoes are roasted by me. I’ll give them to you as your wedding gift. I don’t know whether yoy can get them or not. Will you think of me when seeing them? It’s fine, anyway.”

The maid walks Zhi He and worries how should Taichen palace explain to the guests when they come to congratulate Dong Hua tomorrow. Zhi He points out that Ji Heng should explain to her first, and complains that Ji Heng takes away Dong Hua and humiliates her. Ji Heng kicks off the door. Dong Hua sees the sweet potatoes, and takes them away.

Cheng Yu is furious to take Lian Song’s clothes and thinks Dong Hua is a conscienceless idiot. Lian Song points out that Dong Hua didn’t refuse it himself. She finds the bruise on his chest, and intends to leave. Lian Song tells Cheng Yu to leave from his house. But she tells him to go to Dong Hua’s wedding on his own, and says that she has something more important.

Fox King tells Bai Zhen to get Feng Jiu a husband, and worries that Feng Jiu will be like Bai Qian. Bai Zhen comforts his father that Feng Jiu’s future is good. Fox King runs into A Li who takes peach blossom branch. She thinks Feng Jiu will praise her if she grows the peach trees.

Fox King regrets for letting Bai Qian train Feng Jiu, and reveals Feng Jiu plucked the feathers of Jingwei bird. Fox King takes A Li away as he doesn’t want her to be like Bai Qian and Feng Jiu.

Si Ming burnt up all of Chu Yin’s furs, and the three leave demon palace. Zhe Yan tells Si Ming to send Feng Jiu to peach forest, and Si Ming asks Cheng Yu to visit Taichen palace for him. She tells him not to mention Dong Hua in front of Feng Jiu.

Cheng Yu walks in the banquet and wants to take a look at Dong Hua’s spiritual fox. He says that the spiritual fox is in confinement, and rejects it. Lian Song takes Cheng Yu out of the palace, and thinks she would get punished if Dong Hua wasn’t in a good mood.

Cheng Yu rages and says that she wants to dampen Dong Hua’s spirits. Lian Song tells her that he prepared a gift for her. Cheng Yu rejects it and steps on Lian Song’s foot. She thinks he helped her become an immortal in the mortal realm was just his way of tricking women. She tells him not to mind her business in the future.

Si Mi brings Feng Jiu to Jing Wei, and tells him to take Feng Jiu to see Zhe Yan. Si Mi asks Feng Jiu if she wants him to cure the wounds on her neck. She says that she wants them to heal by themselves. Feng Jiu tells Jing Wei that she disgraced Qingqiu. He comforts her that she told him to get up from where he falls.

Zhe Yan asks Feng Jiu if Dong Hua hurt her, and wants to blow off the roof of Taichen Palace. She stops him and says that Dong Hua knew nothing and treated her as a pet. Zhe Yan sees Feng Jiu crying, and thinks Dong Hua isn’t a lucky guy. Zhe Yan tells Feng Jiu not to cry as Bai Qian will tear down Taichen Palace if she knows it.

Feng Jiu says that she disgraced Qingqiu, and Zhe Yan tells her to gain her dignity back bit by bit.

Chun Yin summons Miao Luo and tells her that he wants to serve her. She laughs and doesn’t believe what he said. Chun Yin tells Miao Luo that Xun Yang doesn’t want to go against gods, and he wants to replace him. He thinks utter disorder is better than being bullied by gods.

Miao Luo agrees to it and tells Chun Yin to take soul locking jade if he wants to help her break the seal. He says that the jade turned into dust. But she thinks the dust will absorb all of the hostile energy and form the soul-locking jade again.

Zhi He cries and asks Dong Hua to show mercy. She reveals Ji Heng disappeared last night and she’s made a big mistake because she got comfused temporarily.

Heavenly Emperor shows up, and asks to lock up Lian Song and Zhi He. He intends to look into it and reports it to Dong Hua.

It flashes back. Zhi He walks in Ji Heng’s room, and Min Su stuns Zhi He’s maid. Zhi He blames Ji Heng for what she does on Dong Hua. Ji Heng says that Dong Hua is still the heavenly lord if she leaves quietly tomorrow.

Zhi He takes the wedding crown, and thinks she should accept it since Ji Heng gives it up.

The heavenly sword points at Chi Wu, and Dong Hua shows up. Xun Yang asks Dong Hua to punish Chi Wu after looking into the case. Dong Hua takes back his sword, and Xun Yang takes Chi Wu away.

Chi Wu thinks Xun Yang is too coward, and Xun Yang blames Chi Wu for snatching the bride. Chi Wu is furious to leave. The follower reports to Xun Yang that Min Su is missing. Xu Yang thinks they planned to escape in advance. The follower comforts Xun Yang that Chu Yin asked him to put soul-tracking fragrance on Min Su.

Chong Lin helps Ji Heng get off the carriage, and Ji Heng runs to hug Min Su. She tells her that he wouldn’t see her without Dong Hua’s help.

It flashes back. Dong Hua tells Ji Heng to rest well when she arrives music valley because the toxin isn’t removed. Ji Heng thanks Dong Hua.

Min Su wants to say something to Ji Heng. But Ji Heng is shy and offers to leave.

Dong Hua asks Chong Lin about Zhi He. Chong Lin reveals Zhi He is silent after being sent to prison.

Min Su asks Ji Heng if Dong Hua found the cure for the Qiushui toxin. Ji Heng shakes her head and reveals Dong Hua used lots of cultivation and chose the place of music valley for her.

Min Su thinks Dong Hua is very kind righteous. Ji Heng doesn’t expect that Dong Hua did his best to help them escape for a promise of her dad. Ji Heng doesn’t know how to repay the grace. Min Su feels regret as Ji Heng loves someone else. Ji Heng is furious and stops Min Su from mentioning it.